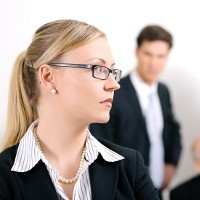 An admin officer for the Tasmanian police who claimed her pre-existing genital pain was aggravated by “aggressive and bullying behaviour from another worker” has lost her claim for worker’s compensation in the Workers Rehabilitation and Compensation Tribunal of Tasmania.

The worker, identified as Ms L Mackey in court documents, was employed as a clerical support officer at the Tasmania Police Academy in the Hobart suburb of Rokeby when she made the complaint in September last year.

Read More: Eight steps to stamp out unconscious bullying in the workplace

She provided her employer, the Department of Police & Emergency Management, with a worker’s compensation certificate from her doctor, which stated her condition arose after “a work colleague became aggressive towards her during the course of her usual duties and then submitted a complaint about her”.

The incident occurred after the worker was directed to perform an administrative task by her co-worker. She felt the request was unreasonable and said she wanted to discuss it with her boss.

During the exchange, Mackey said her co-worker acted “belligerent, aggressive and intimidatory” and seemed “enraged”. She subsequently reported her pre-existing vulval pain restarted the day after the incident.

Among papers provided to the police department was a medical report from the worker’s gynaecologist, Dr Warren Kennedy, which stated Mackey had previously had surgery on her vulva for a Bartholin cyst and that her post-operative course was complicated by the development of neuralgic pain.

Kennedy said Mackey had made a slow but steady recovery until the event at work, which Mackey described as “being bullied by a work colleague.”

In the documents, Kennedy said he had “no doubt that the recurrence of her pain is related to the stressful event that occurred in the workplace”.

But the department denied liability, arguing the worker’s employment wasn’t the most significant contributing factor to her injury, that the conversation between the worker and colleague was civil, and that the language used by the colleague wasn’t offensive or threatening.

Commissioner Rod Chandler favoured the evidence given by the co-worker regarding the exchange and threw out the claim on the basis that, if the matter were to proceed to a contested hearing, it would be likely Mackey’s colleague’s actions would be considered reasonable.

“Such a determination may lead to the employer avoiding liability for the worker’s claim because the factual basis for the diagnosis of her aggravated vulvodynia could not be made out,” said Commissioner Chandler.

Jennifer Wyborn, workplace lawyer and partner at Clayton Utz, told SmartCompany the case was a reminder to employers to keep good records and file notes of workplace interactions with their staff, particularly where there is a complaint or dispute as to the behaviour of one particular individual.

“The key thing is to ensure you have accurate records, that you make sure medical evidence is up to date, and communicate with your employee in relevant and clear manner,” Wyborn says.

Wyborn says employers do have an obligation to reasonably accommodate injuries in the workplace and take all bullying complaints seriously, even if at first they appear bizarre.

“It does show there are a raft of avenues an employee can take to deal with issues,” she says.

“Good record management early on in the complaint process will save a lot of pain should the issue come before an external body for determination.”

The Department of Police and Emergency Management released a statement to SmartCompany that said it was inappropriate to comment on the matter as it was still current and before the tribunal.