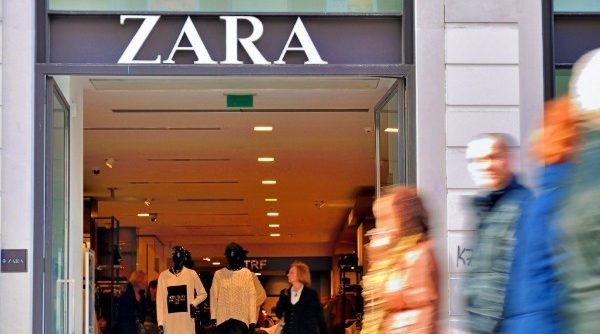 Spanish retail giant Zara has been accused of racial profiling its customers and discriminating against its employees based on the colour of their skin in the US, in a report by an American not-for profit organisation.

It’s the third time in less than 12 months the retailer has come under fire for its racial insensitivity, after the brand was hauled over the coals last year for selling a T-shirt that appeared to look like a Nazi concentration camp uniform.

The Centre for Democracy in New York released Stitched with Prejudice:

Nicole Matejic, a specialist in crisis communications, told SmartCompany being associated with racial discrimination is incredibly damaging to a brand.

“This is not the first time it’s come up with [Zara],” says Matejic.

“I think clearly the perception has been created now… And if a company is truly confident their culture is not like that, they have to do a lot of work to change those perceptions.”

“They have to walk the talk and play the long game to convince people. The only way to do that is by demonstrating equal opportunity practices, racial tolerance and a holistic approach to the work environment,” she adds.

SmartCompany takes a look at this latest controversy in more detail, as well as two other times Zara was stung for racial insensitivity in the last year.

According to the report, the majority of Zara employees surveyed mentioned a practice of labelling suspected shoplifters as “special orders” as a security code to alert other staff.

“Employees overwhelmingly felt that the Zara practice led to black customers being disproportionately labelled as ‘special orders’ upon entry to Zara stores,” said the report.

Of the 57% of employees that mentioned the use of “special orders”, 46% noted black customers were called special orders “always” or “often,” compared to 14% of Latino customers and only 7% for white customers.

Matejic says a company “skates on thin ice” when it asks its employees to act as security guards or “pseudo police officers” to stop shoplifting.

“Especially in Australia, the laws around detaining people are different in every state and territory. You can get done for false arrests quite easily,” she says.

“If you are a retailer and you encourage your staff to be pseudo police officers, you need to be very mindful of the law… Police and security guards are trained to do it – don’t try to take a one-size-fits-all approach to making staff do whatever the hell you want them to.”

Earlier this month, Ian Miller, a former attorney for Zara, filed a $40 million lawsuit against the company claiming he was harassed and ultimately fired for being Jewish, American and gay, according to The Guardian.

Miller is alleging he was excluded from meetings, given smaller raises than co-workers and subjected to racist, homophobic and anti-Semitic remarks. This included being emailed images by top executives of Michelle Obama serving fried chicken and emails depicting Barack Obama in a Ku Klux Klan hood.

Zara has denied the allegations, but the case is still before the New York state court in Manhattan.

Last year, Zara was forced to pull two products deemed racially “offensive” in two weeks after customers hit out at the retailer on social media.

A children’s shirt likened to the concentration camp uniform worn by Jewish prisoners caught the ire of customers, just one week after a T-shirt with the slogan “White is the new black” was pulled from shelves.

The striped shirt featured a yellow six-pointed star, which led commenters to say the garment resembled the striped uniforms of World War Two Jewish prisoners of war. And although the star had the word “sheriff” written on it, customers complained this was not clear from the website images for the product.

“We would not want any of our products or designs to be perceived as disrespectful or offensive,” said Zara at the time. “In addition, respect and dignity are amongst the principles that define and guide our corporate value; we vehemently reject any form of discrimination.”

A spokesperson for Zara told SmartCompany Zara believes the report was prepared with ulterior motives, not because of any actual discrimination.

“Zara refutes the claims contained in the report and does not use separate terminology for customers. The expression “special order” does not designate a person or group of people of any category; it is an internal term used to designate a common situation in which associates are requested to enforce customer service and zone coverage on the floor,” the spokesperson said.

“Zara is a truly diverse company and believes that the claims made in the report are completely inconsistent with the company’s true culture and the experiences of the over 1,100 Zara employees in New York City and over 3,500 in all the US.”