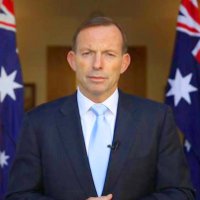 The Queensland election result hangs in the balance this morning despite a clear swing away from Campbell Newman’s government, with neither of the major parties currently having won enough seats for an outright victory.

The swing towards Labor came as a shock to many including Queensland’s small business community, which was told by the state’s chamber of commerce last week it would be better off under the Newman government.

At the time of publication, the Annastacia Palaszczuk-led Labor Party had secured victory in 43 of the 89 seats in the state’s parliament, compared to 40 for the Liberal Party. Mansfield, Maryborough, Whitsunday and Redlands are still to be decided.

Palaszczuk will be able to form a majority government if Labor wins two more seats. Without a majority, Labor is expected to negotiate a deal to form a minority government with the Katter Party, which won two seats in Saturday’s election, and independent Peter Wellington.

While voter backlash against the incumbent premier was clear when he was ousted from his own Brisbane seat of Ashgrove, the scale of the Liberal party’s losses has also called into question the leadership and waning popularity of Prime Minister Tony Abbott.

A recent poll indicated the Coalition trails Labor by 54% to 46% on a two-party preferred basis, with a 4-point increase to Labor since December, according to Fairfax. Abbott’s approval rating has dropped to just 27%.

Speculation has since arisen that the Coalition may seek to oust Abbott in favour of a more popular leader, although front-runners Malcolm Turnbull and Julie Bishop have both publicly backed the PM’s leadership.

But Peter Strong, executive director of the Council of Small Business of Australia, told SmartCompany he believes the swing towards Labor is not due to volatile voters and says people have largely separated state and federal politics.

“People are now voting based on information rather than loyalties,” says Strong.

“This result means there’s a lot more swing voters but simply because people are accessing information via the internet and social media.”

The Chamber of Commerce and Industry Queensland general manager of advocacy, Nick Behrens, on Friday told SmartCompany the Newman government had put considerably more on the table for the Queensland’s small businesses, offering a $12 billion war chest through its plans to privatise state own assets.

But voters appear to have baulked at Newman’s flagship policy with Palaszczuk telling the media the swing proved Queenslanders did not want the state’s assets sold.

While Behrens says small business won’t necessarily miss out under Labor, thanks to its $40 million tourism package and $50 million Advance Queensland initiative, he says the CCIQ was unimpressed by the party’s move to unwind workers compensation reform and to scrap a proposed increase to the payroll tax threshold.

Strong says Labor will now have to prove to the small business it understands its needs.

“Labor will need to get out there and send a message to small business community that they understand them and are taking positive steps to improve conditions and jobs,” says Strong.