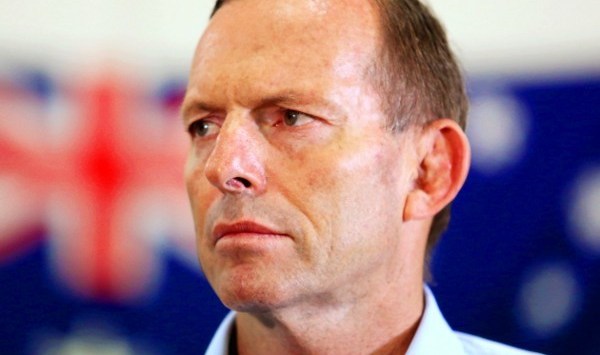 Prime Minister Tony Abbott has confirmed small and medium-sized businesses will pay less company tax from July 1, in a move that has big business up in arms.

The Coalition promised to cut the company tax rate by 1.5% when it was elected in September 2013 and reducing the rate of company tax from 30% to 28.5% was again flagged in the government’s first budget in May 2014.

Speaking at the National Press Club yesterday, Abbott said small and medium-sized businesses will receive “at least as big as the 1.5% already flagged” from the start of the 2015-16 financial year.

But Australia’s largest 3000 companies are expected to continue to be taxed at 30%, with a 1.5% levy initially designed to pay for the now-dumped paid parental leave scheme to remain in place. Fairfax reports the revenue generated by the 1.5% levy on companies with annual taxable income of more than $5 million will instead fund the government’s revamped childcare policy.

Large employer groups including the Australian Industry Group and Australian Chamber of Commerce and Industry criticised the decision not to scrap the levy, saying all businesses should pay the same rate of company tax, regardless of income.

“To follow the Prime Minister’s own economic logic, lower company tax rates for large businesses will, as it will for small business, allow for more investment and growth for business,” said ACCI chief executive Kate Carnell in a statement.

Billson says yesterday’s announcement reinforced the government’s commitment to reducing the tax burden on small businesses, but said the 1.5% cut is just the “starting point and we have clear ambitions to go beyond that”.

“The 1.5% [company tax cut] has been reaffirmed and the important thing from the Prime Minister’s speech is that there is a clear sense of priority that we want to go beyond that,” he says.

But some tax experts have questioned how many small businesses will actually see their tax bill reduced as a result of the policy.

“A small company tax rate cut is not the same things as a small business tax rate cut,” said BDO tax partner Mark Molesworth in a statement to SmartCompany.

“It assumes that all small businesses are run through companies and that in the ones that are, the companies will be able to retain profits, rather than distributing them to owners as wages and dividends,” Molesworth says.

Greg Nielsen, tax consulting partner at Pitcher Partners, told SmartCompany a “large part of the small and medium business population” generates more than $5 million each year and so to cut off the tax relief at $5 million means many SMEs will miss out.

Nielsen says it is important for any tax reform designed to promote business growth “extends beyond small business”, especially as many SMEs aim to grow the size of their companies each year.

And he says tax relief should extend beyond companies as well, with a significant proportion of small business activity conducted through trusts and partnerships.

While Nielsen says the Prime Minister alluded to other incentives for small businesses in his speech, the “proof will be in the pudding to see if that will bring the rest of the market in too”.

Abbott also used yesterday’s speech to commit to not altering the GST without support from the federal opposition. But Nielsen says it would be impossible to “achieve real, substantive tax reform in the long term in this country without GST reform being included in that debate”.

In announcing the government’s “small business and jobs package” yesterday, the Prime Minister said he “admire[s] people who take risks, have a go and employ others”.

“If you’re a small business owner, it’s likely that you’ve mortgaged your home in order to invest, employ and service the community. Quite literally, you have put your economic life on the line for others.”

“Every big business started off as a small business,” the Prime Minister said.

“The best antidote to sunset industries is sunrise ones—and these are most likely to emerge from enterprising small business.”

“Every new worker is generating revenue—so spending to get unemployed people into work; on childcare to keep parents in the workforce; on infrastructure to get people to their jobs; and on a small business tax cut to create jobs will help to get the budget back towards the surplus our country needs,” Abbott said.