Accommodation industry calls for penalty rate reform because unlike restaurants, hotels can’t close up for a day 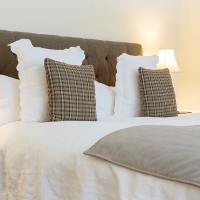 Sunday penalty rates are hurting small hotel owners because unlike restaurants, it isn’t as simple as deciding not to open when a particular day will be unprofitable, according to the accommodation industry’s peak body.

Richard Munro, chief executive of the Accommodation Association of Australia, told SmartCompany hotels, motels and serviced apartments often have it harder than restaurants when it comes to Sundays or public holidays.

“They [restaurants] can choose to close if it’s not worth it on a public holiday,” Munro says.

“Our members don’t have a choice. Our operators have a duty of care to our customers because they might be staying for four nights, but one night is a low-trading night and they might not be making money.”

Munro says he knows of instances where a hotel will have to effectively pay 11 days’ wages for a casual employee over the Easter long weekend in exchange for just four days of productivity.

“When you do the maths on it, it’s hardly worth opening on that basis,” he says.

Munro says the accommodation sector welcomes the Productivity Commission’s recommendation of reducing Sunday penalty rates, however he also says scrapping penalty rates on weekends and instead applying them for overtime is “not a bad” model.

“Basically, we just want some rebalancing between Sundays and public holidays with the other days of the week,” Munro says.

“Particularly in regional areas with high unemployment where most of our businesses are, you’ve got people sitting there with unemployment but we can’t provide those jobs because the rates are too high.

‘I generally think with the new leadership in the Liberal Party, there’s more enthusiasm to have that debate now which is fantastic.”

Sunday penalty rates also an issue for other industries

Stan Gordon, chief executive of the Franchised Food Company – the business behind popular brands such as Cold Rock Ice Creameries – told SmartCompany Sunday penalty rates do hurt those in the hospitality sector.

While the Productivity Commission has recommended reducing Sunday penalty rates, Gordon prefers a model where penalty rates would only apply for overtime as he says the world has changed significantly since penalty rates were first brought in.

“My opinion is penalty rates should be there, but should kick in after 38 hours of work in the one week,” Gordon says.

“We’re a global economy. If you work more than 10 hours continuously, they [penalty rates] should also kick in.

“But to get a young kid who works a Sunday job and to pay them $50 [an hour] is ludicrous. It makes it unviable, but I can only talk within the hospitality sector.”