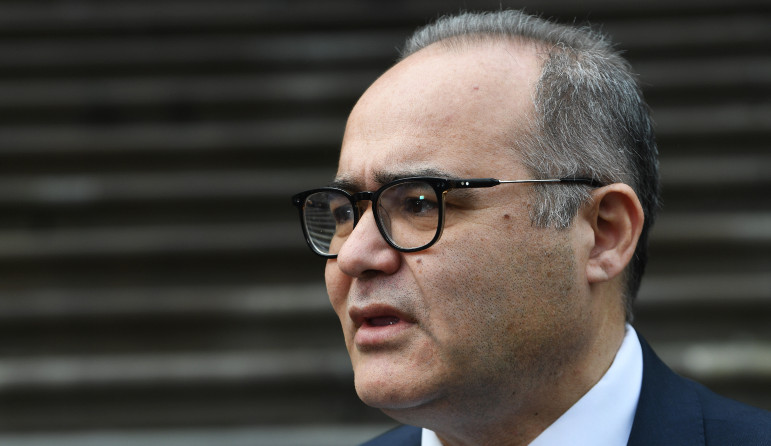 The Age and 60 Minutes published photographic evidence on Sunday that Somyurek withdrew several thousand dollars in cash for the payment of fake Labor Party memberships, part of what was described as an “industrial-scale stackathon” to crush his political rivals.

In the wake of the revelations, Somyurek initially claimed he resigned from Victoria’s ministry on Monday morning, rejecting the branch stacking allegations in a short statement.

“I will be taking steps to seek a police investigation into these matters. With respect to allegations made around memberships of the party, I reject those and will be providing a rigorous defence during any party process.”

Victoria’s Independent Cureau Against Corruption (IBAC) and Victoria Police are now conducting inquiries into the case, Andrews said on Monday.

“There is no place in my team for him [Somyurek]. That is what I informed him [Somyurek] this morning,” Andrews said during a press conference about the revelations.

Andrews rejected any suggestion he has been personally involved in branch stacking on Monday, saying he follows the party’s rules.

Andrews has moved quickly to limit portfolio disruption in the wake of the COVID-19 pandemic, swearing in Labor MP Danny Pearson as the state’s new small business minister on Monday.

Pearson has served in the parliament since 2014, representing Essendon.

The recordings detail Somyurek taking aim at his political rivals, labelling Victoria’s Minister for Women and the Prevention of Family Violence, Gabrielle Williams, as a “stupid bitch” he wanted to force out of the ministry.

Somyurek also boasted his branch stacking efforts would enable him to “run the joint”, allowing him to dictate who Victoria’s premier should be.

In response to the recordings, Somyurek said they were “robust discussions” that regularly occur within the Labor Party.

“I accept and take full responsibility for the fact that my language on a number of occasions was simply not appropriate,” Somyurek said.

“These comments have quite rightly cost me my job.”

Somyurek served two stints as Victoria’s small business minister after initially being stood down in 2015 after his chief of staff levelled bullying allegations against him.

He was brought back into the ministry after the re-election of the Andrews government in 2018, replacing the broadly-liked Phillip Dalidakis in the role, a move understood to have been factionally driven.

NOW READ: How this artwork-for-offices startup kept all of its clients during COVID-19, and expanded into brightening up hospitals