Backpacker tax scrapped, but not everyone is optimistic about what happens next 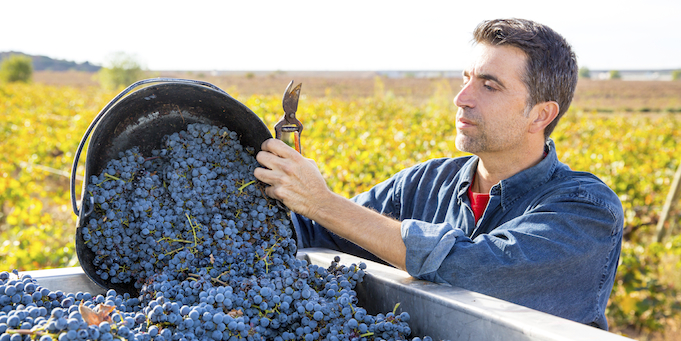 The “backpacker tax” is dead, but what does that actually mean for Australian business?

On Tuesday Treasurer Scott Morrison confirmed the government would ditch the plan to impose a 32.5% tax rate on working holidaymakers, revising the policy originally outlined in the 2015 budget.

Industry lobby groups and agriculture businesses disliked the tax from the outset, but the new deal has a trade-off that hasn’t satisfied everyone. Here are three things you need to know:

The backpacker policy outlined in the 2015 budget proposed those on visas, including the 417 working holidaymaker visa, would be required to pay tax of 32.5c in the dollar for all income earned while working in Australia. This would have removed the tax-free threshold of $18,200 for these workers.

As of this week’s change, working holiday makers will be charged 19c tax from the first dollar they earn. The tax on superannuation payments for overseas workers will increase to 95c in the dollar when they leave the country.

Meanwhile, $5 will be added to the Passenger Movement Charge (PMC) that is paid by all individuals leaving Australia, whether or not they intend to return. The fee is currently $55 and will increase to $60 on January 1, 2017. This fee has increased a number of times since 1995, when the fee was $27, due to a number of federal government policy changes.

2. Who is happy with the change?

The tax was strongly opposed by small businesses in the agricultural and tourism sectors, particularly businesses on the Sunshine Coast and in the Northern Territory.

Australian Small Business and Family Enterprise Ombudsman Kate Carnell believes the revised plan strikes a balance that will deliver certainty to businesses, many of which were already feeling the strain from lower worker numbers.

“There’s no denying the speculation over the tax acted as a disincentive for working holiday makers to come to Australia; I’ve heard from a number of fruit and vegetable growers concerned they would simply not be able to process their produce due to a lack of workers this year,” she said in a statement.

““It seems to us far more reasonable to introduce the lower tax rate which will secure $315 million a year without losing backpackers,” Growcom chief advocate Rachel McKenzie said in a statement.

The tax imposed will be lower than the initial proposal, but some are still questioning whether this will be a disincentive to backpackers and holiday workers to spend money in the regions that they spend time in, with many on social media saying that the 19% tax rate will still squeeze visa holders. The 95% tax on super has also raised concerns, with some suggesting it removes another incentive for young employees to sign up to Australia’s working holiday program.

“Australia, the tourist destination of NO SENSIBLE BACKPACKER,” wrote one Facebook user in protest of the revision.

In the tourism sector there is scepticism about the increase of the Passenger Movement Charge, with many lobby groups outlining opposition to a tourism tax increase as a way of recouping money from the revised scheme.

“The PMC increase is a revenue grab that amounts to a 9 percent increase to what are already the highest short-haul ticket tax and second-highest long-haul ticket tax in the world,” Australian Chamber of Commerce and Industry chief executive James Pearson said in a statement.

“The Government is slugging tourism exports in a way it would not do for agricultural or mineral exports.”

The Treasurer said in a statement the plan strikes a fairer balance and will “not only ensure working holiday makers pay fair tax on their earnings but also increase Australia’s attractiveness” in the space.

The tax rate change in the reformed package is slated to come into effect on January 1, 2017.

What does this mean for current backpackers on a working holiday visa? I’m on my 2nd year having done my agricultural work. I have 8 months remaining and I have a well deserved super saved. Surely I will not lose 95% of my super (earnt between Jan 2015 to what will be may 2017 when my 2nd yr visa ends) just because a law has been introduced on Jan 1st 2017? Any help would be greatful.