Big end of town arguments against an effects test are invalid, vested, vague and void 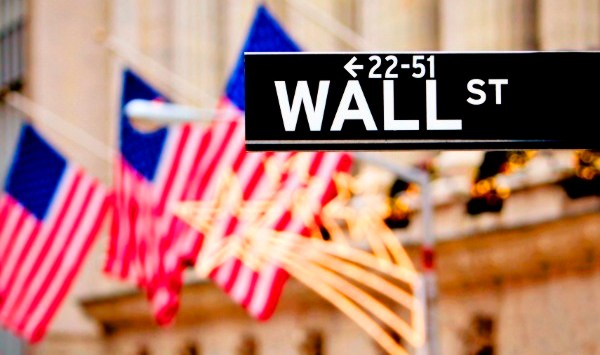 We all know that catastrophic economic events are not caused by small and medium businesses.

The GFC was not caused by a newsagent or an owner driver or a home-based business, it was caused by greedy big business and incompetent regulators in the USA and Europe.

The Asian Financial Crisis was caused by crony capitalism where government and big business scratched each other’s backs and created economic chaos.

So, I think most of us will agree that the biggest businesses and unions in Australia do not stand up for normal Australians, they stand up for their own needs and backing them is the pathway to the next economic crisis, a crisis of productivity that has already started. We need an effects test now.

Sign SmartCompany and the Council of Small Business of Australia’s petition calling on the government to stand up for small business here.

So when the Prime Minister announced last week that any decision on whether an effects test will be included into competition regulation has been delayed until a date to be announced, it made us ask “Why has this decision been made”?

Were threats made to the government by big business and its supporters?  If so what were those threats?  Or were there invalid arguments presented to cabinet ministers, arguments built on the needs of a few against the needs of the many?  It was probably both, threats combined with invalid false arguments.

When it comes to the effects test and competition the choices are obvious: it is between productivity or continued erosion of our standard of living; and also between community or ennui.

Our productivity is low and our economy is sluggish. To fix that we need to let the innovators be free to do their innovation, the effects test will help with that as it frees up retail competition creating new spaces for new products. It will also hopefully allow for better competition in telecommunications where our speeds are slow and our prices high when compared internationally.

Big dominant businesses are holding us back due to the lack of an effects test.

So just who wants an effects test and who doesn’t? It seems the majority of economists and competition experts want it and small business people want it.

The yes camp also includes industry leaders such as Kate Carnell from the Australian Chamber of Commerce and Industry and Jos De Bruin from the Master Grocers, and many more of the same ilk. It includes pharmacists, newsagents, small retailers, the fitness industry, indeed nearly all small business organisations.

Who are the people who don’t want it?

Interestingly the Labor Party do not want an effects test either; is it because they are welded to the biggest unions (particularly the SDA) and through that to big businesses? Is this Animal Farm politics that we are experiencing, all businesses are equal but some are more equal than others?

The fact is the inclusion of an effects test in Section 46 of the Competition and Consumer Act is not a big thing. It exists in nearly all other developed countries and reference to an effects test already exists in our own competition regulations, in sections 47 and 48 in particular. It is just one tool the regulator, the ACCC, will have at its disposal, a tool that will only ever be used if a dominant business misbehaves to the detriment of the consumer.

For example, one argument is that small businesses will be caught up by an effects test and it will cost them money and possibly their business – a desperate argument from businesses that feel no remorse at destroying any small business that gets in their way.

This was proven last year when the ACCC pinged Coles for doing just that. Big businesses and their supporters argued for decades that there were no problems with the dealings between their supply chains and Coles – this was shown to be wrong and their current arguments are just as wrong.

The Liberal Party was not built on or by big business, neither was the Labor Party. There are over 2 million small businesses and another 5000 medium businesses that between them employ over 5 million other Australians.  Yet it appears that their opinions and a healthy competitive environment might not count.

We need an effects test now.