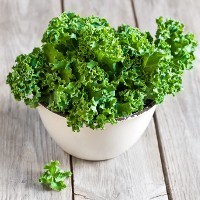 Australian small businesses are having a moment and no one is happier about that than Small Business Minister Bruce Billson.

Addressing the National Press Club yesterday, Billson said the conversation around the nation is all about small business since the Abbott government unveiled a $5.5 billion small business package at the heart of its second budget.

“It is like small business is the new black, the new kale of the café scene, the yogalates – the yogalates of the exercise world,” Billson said.

“Everyone is talking about small business and isn’t this terrific?”

But Billson said the government’s focus on small business “is no fad, it is no passing fancy”.

“Small business has been and continues to be an enduring focus and priority for me, both professionally and personally and a central tenet of the Abbott government’s team,” Billson said.

“You would have heard the Prime Minister, the Treasurer and I—dare say me a few times—refer to small business as the engine room of the economy. It is not just a throwaway line or a sound-bite. It is actually a national, economic, cultural and community reality.”

Billson used the address as a roll-call of what the government has achieved for small business since coming to office.

“My first year as minister was very much focused on delivering on our commitments and we have made good gains for small business,” Billson said, listing the scrapping of the carbon tax as one key promise the government has delivered on.

“As of March, the government had announced reforms to generate more than $2.45 billion in annual red tape compliance cost savings.”

“We have transformed the Fair Work Ombudsman into a small business friend, not foe.”

“We have implemented many of the recommendations of the Board of Taxation review of tax impediments facing small business, which has also helped to improve that key relationship.”

Billson said the government is also working to improve its own performance when it comes to interacting with small business.

“The single business portal has been established, small business-friendly procurement reforms have been implemented,” he said.

Billson said the government is “nurturing a fairer, more healthy, competitive environment where efficient businesses … can thrive and prosper” through the updated Franchising Code of Conduct, a Food and Grocery Code, and the right to repair Heads of Agreement in the motor industry.

The minister said the government will soon introduce legislation to create the Small Business and Family Enterprise Ombudsman and is pushing ahead with its plans to extend unfair contract terms protections for small business.

Billson said this year’s budget measures for small business, legislation for which is being introduced in the Parliament today, will build on these achievements.

But he said the government’s small business package is not about “splashing cash handouts and hoping for the best”.

“We are not saying to people ‘government knows what to do with your money, and we know how to spend it better than you’,” Billson said.

“We are just making sure small business people are supported to get the best out of their money and get more of it returned sooner.”

Billson said he knows of small businesses that will immediately benefit from purchasing new equipment and claiming the amount under the government’s $20,000 asset write-off scheme and the government has also fast-tracked its $70 million immediate asset depreciation measure for farmers, that was due to come into effect on July 1.

But Billson said his work is far from done and after passing the budget measures through the Parliament, he will be working on the government’s response to the Harper competition review, the taxation white paper process and the Productivity Commission’s inquiry into the workplace relations system.

Billson said his “work as small business minister will only be done when Australia is the best place to start and grow a business” and he called on all members of the community to play their role in supporting small businesses “by being thoughtful customers”.

“If you love being able to stroll down a shopping strip in your local neighbourhood, support those businesses that create that precinct, create that ambiance,” Billson said.

“If you love having a local shopkeeper who knows your name, support that enterprise.”

“If you appreciate Australian-made innovation, buy that locally developed product or service. Demonstrate our support by shopping small and shopping local. That is why energising enterprise is everybody’s business.”