What do SMEs want to see in Budget 2018? Here’s their wish list 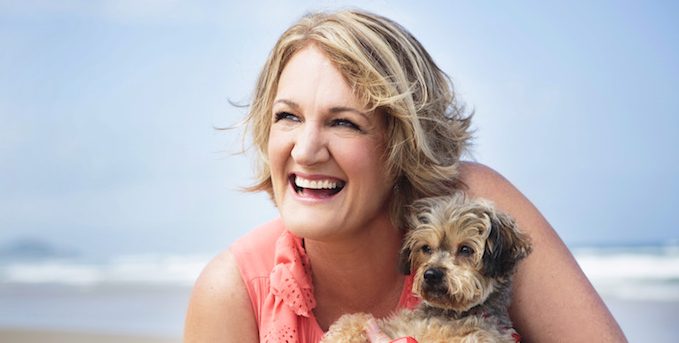 Small businesses know what they want from the budget, even if they may not hold high hopes of getting it.

But ask any business owner what they’d like to see unveiled tomorrow night to help them do business and you’ll find there is no shortage of ideas.

So if they were in Treasurer Scott Morrison’s seat, what would small business owners want to see in the budget papers? SmartCompany asked five business owners for their wish list.

The owner of Melbourne dry cleaning business Sew Stunning would like to see further tax relief and investment incentives in the budget announcement on Tuesday evening.

Gleeson says small business is a “large sector” of Australian economy and further tax relief would be welcome.

“(There’s) a whole pile of little fellas out there who work hard and don’t get looked after by the government,” he says.

Gleeson is also hopeful for “some sort of rebate” when it comes to purchasing new equipment in for the business. And he’s not alone: in a recent poll of 60 SmartCompany readers, 60% said they’re hoping the government will make the $20,000 instant asset write-off scheme permanent.

Savio Fazzolari, owner of Werribee cafe The South Corner, shares similar sentiments to Gleeson and would like to see small businesses given more tax cuts in this year’s budget.

“A tax cut for small businesses would be number one wish because they are the heart and soul of the economy,” Fazzolari tells SmartCompany.

Fazzolari joked that it feels like he operating his businesses “pretty much to pay tax” and would like to see some extra benefits for small businesses.

He is of the belief that small businesses are getting the raw end of the deal from the federal government, as the sector that “keeps it (Australian economy) ticking” continues to pay large amounts of tax.

“You’ve got companies turning over hundreds of millions of dollars and they pay bugger all tax … There is no where for the little guy to hide,” he says.

Fazzolari also hopes that the budget will announce more deductibles for small businesses and is hoping for some more leniency going forward.

“I’d like to see tax dropped a couple of percent at least… there is very limited claims that we can make to help us,” he said. Karen Justice is hoping this year’s federal budget will shift focus back onto “bricks and mortar” retail stores and supporting these.

Despite being supportive of federal money being invested in innovation and startups, Justice hopes the ‘little guy’ is remembered beyond just technology businesses.

“Yes, we need to be innovative, we need to think not just online, think about the standard street that the tourists and locals walk down,” Justice tells SmartCompany.

Justice also hopes rural towns and their small businesses won’t be forgotten in the budget.

But unlike other small business owners, Justice does not necessarily want to see further cuts to tax for small businesses, stating that decreases in tax are a ‘catch 22’.

“In a rural area that is crying out for more hospital beds, it would be nice to see the tax dollars stay the same and be distributed into rural areas,” she says.

Beau Bertoli, co-chief executive of online lending company Prospa says there are a number of policies he would like to see maintained or built upon tomorrow night.

“We’d like to see small business owners continue to be supported with an extension of the $20,000 instant asset write-off policy,” he tells SmartCompany.

“This popular policy has contributed to small businesses investing in their own growth, creating more jobs and ultimately boosting the Australian economy.”

Bertoli also calls for the government to honor the existing timetable laid out in last year’s budget for open banking.

“Open banking paves the way for a fairer, more accessible financial system that puts control back into the hands of customers,” he says.

He believes delaying the implementation of open banking will “only reduce or delay innovation”.

“The government’s approach needs to balance the clear security imperatives, with making it easier for people, including small business owners, to access new products and services,” he says.

Finally, Bertoli calls for the federal budget to show continued support to the fintech sector, and in turn provide small businesses with better access to finance.

“We would support measures that go towards reducing the relative advantage enjoyed by larger banks — in particular around promoting the ability of non-banks to access to lower cost wholesale funding.”

Founder of 3D design company Diva Works, Fiona Jefferies, has a different train of thought when it comes to her hopes for budget night.

Jefferies would like to see funding put towards a national strategy based on mental health, believing that it is both important in business and society in general.

She believes there is a lack of information available regarding mental health for business owners and employees.

Jefferies is also calling for a national plan for clearer information to be made available to business owners in regards to work health and safety reporting.

“There are a lot of legalities around work health and safety. Small businesses are scrambling to stay across all of that. Imagine if the government set up a more streamlined portal,” she says.

Jeffries also believes funds could be set aside to set up physical information hubs where small businesses could go to find this information.

Mike Rosenbaum, co-founder of storage sharing company Spacer, is calling for the government to think proactively instead of reactively this Tuesday, with a focus on Australia’s growing sharing economy.

Rosenbaum believes most current regulations weren’t written with the sharing economy in mind, as it burst onto the scene in the last decade.

“Our wish is for the government to start recognising the seismic shift in how people live, consume and earn thanks to the sharing economy and ensure that this is reflected in future legislation,” he says.

‘With more and more consumers choosing to use the sharing economy to source affordable services and better experiences, government support is essential.”

Rosenbaum has also called for the federal government to appoint a Minister for the Sharing Economy to assist the promotion of “collaboration, communication, and knowledge sharing between Government, consumers, businesses and sharing economy users”.