SMEs could get $500,000 low-cost loans from government to help with bushfire recovery 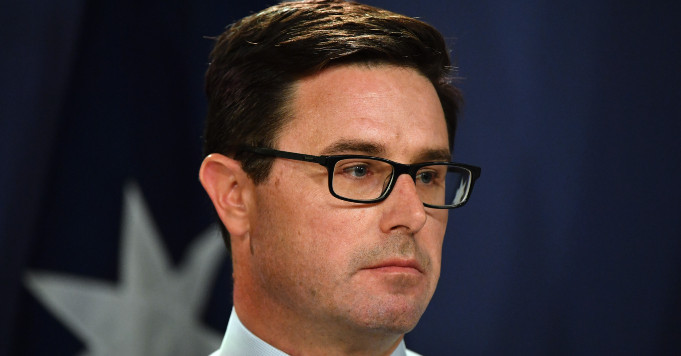 The Morrison Government is considering whether to provide low-cost loans valued up to $500,000 for small businesses affected by Australia’s ongoing bushfire crisis.

As unprecedented fires continue to burn across the country the Morrison Government is developing a plan to extend the efforts of the Regional Investment Council (RIC) to support independent businesses.

Speaking to reporters at a press conference yesterday, natural disaster and emergency management minister David Littleproud said interest free-loans already available to drought-affected farmers could be extended to other small firms dealing with the fallout from the bushfires.

Littleproud met with Bruce King, the recently appointed chief executive of the RIC, on Monday to discuss the loan proposal, ahead of an expected official announcement later this week.

Late last week the Morrison Government announced $18.1 million in additional taxpayer funds to extend community recovery assistance for small businesses, offering farmers and other firms grants of up to $15,000.

“Getting back to business is one of the best ways to recover,” Littleproud said in a statement last week.

“These recovery grants will help businesses reopen so people can get back to work sooner.”

The RIC was overhauled as part of a $500 million drought stimulus package unveiled by the federal government last November, which outlaid loans up to $2 million for larger businesses on a 10-year payback schedule, the first two years of which are interest free.

It remains unclear whether funding for the new loans would be directed out of the existing $500 million drought stimulus package, from the $2 billion bushfire recovery commitment announced by Prime Minister Scott Morrison on Tuesday, or from another source.

Peter Strong, chief executive of the Council of Small Businesses of Australia (COSBOA), met with Littleproud to discuss support for small businesses earlier this week. He says the loans are a welcome step in what will be a long road to ensuring affected communities don’t collapse under the economic weight of the fires.

“It’s not petty cash, this is a lot of money,” Strong tells SmartCompany.

Strong, who earlier this week poured criticism on the Morrison Government’s handling of climate change policy, stressed the importance of avoiding a one-size-fits-all approach to supporting affected communities.

“There’s no formula here, we have to go in with the understanding that each of these communities are different … they need to have a say in where their economies are going,” Strong says.

Further discussions are taking place about short-term issues facing businesses trying to trade without stable access to telecommunications or electricity.

Spend With Them, an Instagram campaign set up by 2011 bushfire survivor Turia Pitt, has already garnered more than 100,000 followers on the platform and is directing much needed support directly to affected small businesses across the country.

NOW READ: The ‘silent force’ of small business owners who give back to their communities