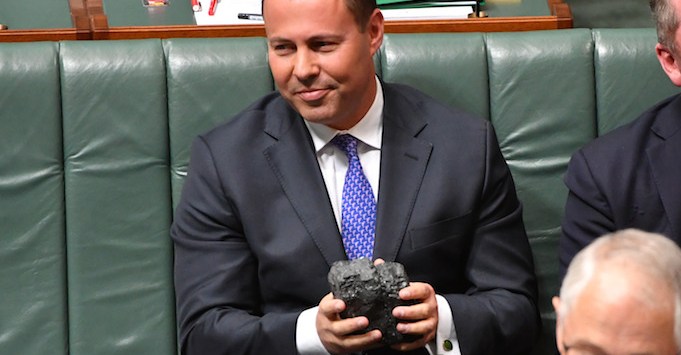 Eighteen groups ranging from business energy users and suppliers, through to the union movement and environmental advocates, have issued a plea for political leaders to “stop partisan antics” and work together to achieve energy reform.

The appeal comes as three conservative state oppositions—in Victoria, Queensland and South Australia—promise that in government they would scrap independent state renewable energy targets in favour of a single national approach.

The groups’ statement follows the current hyper blame game in the debate about South Australian power failures, the role of renewables there and elsewhere, and the way forward to a more secure national system.

The Turnbull government has used SA blackouts to attack the Weatherill government and target Labor generally over the ALP’s strong commitment to renewables.

Energy policy is likely to feature heavily again in this parliamentary week, in the wake of the heat wave.

“The result of unrealistic state-based targets has been huge power bills for families and businesses and unreliable supply,” he said.

In their statement the groups say: “There is simply no room for partisan politics when the reliability, affordability and sustainability of Australia’s energy system is at stake.

“More than a decade of this has made most energy investments impossibly risky. This has pushed prices higher while hindering transformational change of our energy system. The result is enduring dysfunction in the energy sector.”

Politicians, federal and state and across the spectrum, need to come together to find solutions, backing and working with the Finkel review into the future security of the national electricity market, the groups say.

After the preliminary report of the Finkel review gave a favourable mention to an emissions intensity scheme Turnbull, under pressure from the conservatives in his ranks, quickly ruled one out.

The groups’ statement says: “As the preliminary report of the Finkel review correctly notes, many of the technological, economic and consumer trends transforming our energy systems are irreversible. Policy and market designs need to evolve if investors are to deliver the energy services Australians require at a price they can afford. A raft of reforms are needed to encourage and support flexibility throughout the system.

“The next stage of the Finkel review should be an opportunity to explore these possibilities and develop a comprehensive and integrated suite of reforms. Policy should be implemented promptly with broad based political support.”