Business leaders praise outgoing NSW Premier Baird, but say his replacement will have work to do 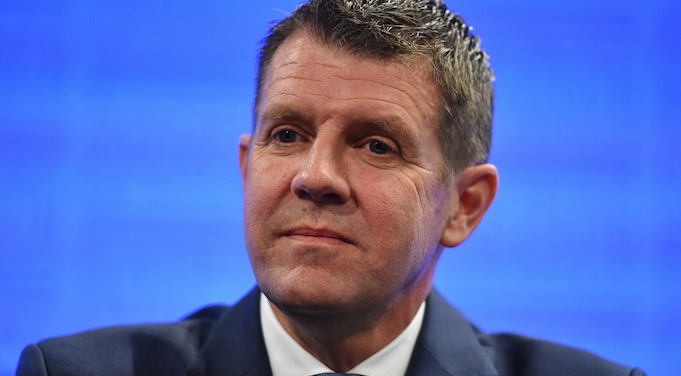 Business leaders have come out in praise of New South Wales Premier Mike Baird after he announced his retirement from politics on Thursday.

Serving as Premier since April 2014, Baird said in a statement the role had been an honour and he was “immensely proud” of his party’s achievements.

“Serving as Premier of NSW has been a tremendous honour, but I have made clear from the beginning that I was in politics to make a difference, and then move on,” Baird said.

“We have repaired the State budget, rejuvenated the economy, created jobs in unprecedented numbers, boosted frontline services and unleashed an infrastructure boom in Sydney and the regions, which everyone can see with their own eyes.”

Read more: Startups and SMEs at the centre of NSW’s $190 million jobs plan with two new grants and support for incubators

Now begins speculation over who will take up the reigns as the state’s premier, with treasurer Gladys Berejiklian looking like the favourite.

Berejiklian is also the deputy leader of the NSW Liberal party, and previously held the position as transport minister.

Berejiklian released a statement yesterday confirming she would stand for the leadership.

“I wish Mike, Kerryn and their family the very best for the future and thank them for the personal sacrifices they have made for the betterment of the people of NSW,” Berejiklian said.

“Today is Mike’s day – but I would like to make it clear that I will be standing for the leadership.”

Australian Small Business and Family Enterprise Ombudsman Kate Carnell told SmartCompany Baird’s leadership resulted in great initiatives for SMEs, and having Berejiklian at the helm would maintain this focus.

“I have no reason to believe if the new leader is Gladys [Berejiklian] that the focus on small business will change,” Carnell says.

Despite this, Carnell notes the Liberal party will need to “keep the pedal to the metal” and maintain their focus on NSW’s job agenda.

“The government is doing some really good work on job growth in the state, focusing on fast-growing SMEs and how they can encourage those businesses to thrive,” she says.

“They’ve been doing some really smart stuff and they can’t afford to ease off. Growing SMEs will deliver jobs.”

The other name thrown up in speculation over potential premier candidates is current minister for transport and infrastructure Andrew Constance.

Outgoing Premier Baird said a meeting will be held next week for his party to determine a new leader, noting he will resign “immediately” after the meeting.

Baird brilliant for business, but new leader must make changes

“Business owners across NSW will be very sorry to see Mike go as premier – he has been a great supporter of the private sector during his time in government, and always made time to speak on an individual basis with the small business people that work so hard to drive economic growth and create jobs,” Cartwright said in a statement.

Zimmerman hopes his predecessor will take up the mantle and continue NSW’s strong year-on-year growth in the retail sector. Zimmerman says numbers from last November show retail in NSW to be growing at a rate of 4.5%, outdone only by the ACT.

“The state’s growth has come from a large amount of infrastructure in the state driven by Baird and the previous Premier. I hope the team there continues to support this growth,” he says.

Some changes Zimmerman would like to see definitive action on include standardised statewide trading hours on Boxing Day, and support for the retail lease act.

As for the controversial subject of the Baird government’s lockout laws, both Carnell and Zimmerman believe while violence prevention is important, more attention has to be given to affected businesses.

“They’ve already eased off a little bit in that space, but it’s important for any government to have a good look at the impact on business before they make decisions like this,” Carnell says.

“We know alcohol-fuelled violence is a problem, but we also know these laws are affecting a range of SMEs and entertainers.”

“I’m not sure the government looked at the impact as much as they really should have.”

If only Freemasons knew how they are deceived by joining secret societies ! Don’t worry, Baird will be replaced by another do gooder Freemason who thinks that he is going to save the world when he is actually leading us all into a spiders web ! How can a secret society possibly benefit Australia ?

Ask the Greyhound industry what they think of Baird. And the Hospitality industry in the Sydney CBD with their lockout laws. Somehow I think that the reaction will be somewhat and justifiably hostile