Can Tony Abbott hang on as Prime Minister? 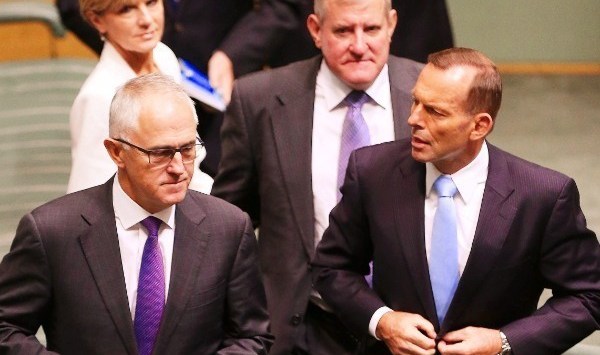 The federal government has said it’s “back to business” after Prime Minister Tony Abbott yesterday survived an attempt by backbenchers to bring on a leadership spill.

But with 39 members of the federal liberal party voting in support of the spill motion, can Abbott hold on to the top job?

“It was a clear affirmation of the Prime Minister … the Prime Minister conceded some mistakes had been made and outlined a revised approach and a call for all of us to bring out best efforts to governing to bring a strong and prosperous economy. That seemed to resonate very strongly with all my colleagues and it is at the heart of my thinking.”

But Peter Strong, executive director of the Council of Small Business of Australia, told SmartCompany this morning he is unsure if Abbott can hold on to the Prime Ministership.

“We do know he is a fighter,” Strong says.

“Whether you like him or not, he is a fighter.”

Strong says COSBOA is focusing on the “good stuff that is happening” and believes Abbott will improve his stock if he works more with the likes of Billson, Industry Minister Ian MacFarlane and assistant Treasurer Josh Frydenberg.

“There are so many of us out there in small business, if he gets it right, it’s going to be a good thing,” he says.

While little detail is available about what will be in the package, in addition to the promised 1.5% tax cut, Strong says consultation with the sector about the policy should be priority. He points to examples from the past where policies that affect small business have been “designed by big business”.

“When the mining tax was removed, small business suffered as a result,” Strong says.

“It was an extraordinary outcome that came from Treasury and we’re still feeling the effects”.

Looking ahead to the government’s second budget in May, Strong says he has already put in requests to speak with key members of the government. But what he would like to see is some movement on issues that have been on COSBOA’s agenda for years

“There are certain things like the NBN,” says Strong, who says he has requested meetings with Communications Minister Malcolm Turnbull on multiple occasions.

“If you’re going to have innovation, that’s the real key to it. It is taking so long to roll out.”

“And there are the old chestnuts we’ve been talking about for years: competition and contract law, which Billson is working on.”

“They have got to be dealt with.”

Do you think Prime Minister Tony Abbott is likely to remain in the top job? Have your say on SmartCompany’s leadership poll.