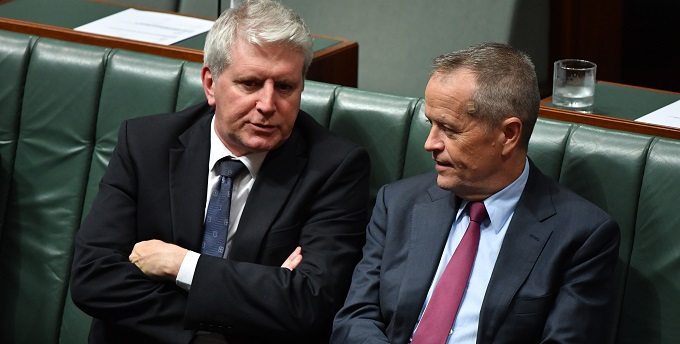 Opposition Leader Bill Shorten will enshrine a right for casual workers to request conversion to permanent positions into law if Labor wins the election next month.

“Too many Australians are employed as casuals with no clear prospect of a permanent position and endless job insecurity,” Shorten said in a statement circulated to the media.

“Too often, long-term casual work is used as a mechanism to pay workers less, deprive them of leave and make them easier to sack.”

By enshrining casual conversion rights into law, all employers would be required to consider applications made by workers to move into part-time or full-time roles.

The move will “build” on a Fair Work Commission (FWC) ruling from October last year, which placed casual conversion rights in 85 modern awards.

It applies to workers who have worked a “regular pattern of hours” for 12 months.

Under the FWC decision, employers can refuse requests in writing on reasonable grounds, including that conversion would require a significant adjustment to hours of work or the business more broadly.

However, employees also have the right to appeal decisions if employers “unreasonably” refuse a conversion request.

Labor says of the 2.6 million casuals in Australia more than half have been with their current employer for 12 months and 192,000 for more than 10 years.

Alongside enshrining conversion rates into law, Labor has also confirmed it will clarify the definition of casual in the Fair Work Act.

“I’m not against it, as long as the costs are manageable,” he tells SmartCompany.

“All our staff are casual but they’re pretty happy with that because they get a better pay rate.

“If they wanted to go full time I wouldn’t be against it.”

Wood says the right to appeal could be an issue though, particularly if someone is pushing to go full time but may not be ready.

“You always want to make sure someone is going through probation periods and sometimes that takes a bit longer than your standard period … it can take up to a year.

“So if someone is really pushing to go full time super early, maybe then that’s an issue.”

Dispute over what the nature of casual work is has caused headaches over the last year, particularly in the context of a court ruling opening the door to entitlement “double dipping”.

This latest announcement forms part of Labor’s broader industrial relations agenda heading into the election, which Shorten earlier this month said would be a “referendum on wages”.

Changes to Australia’s industrial relations landscape is an outstanding risk for small-business owners, but Labor says wages growth will flow back into the tills of SMEs through stronger consumer spending.

Unsurprisingly, employer groups are expressing concern about an expansion of casual conversion rights.

“Small businesses depend on the flexibility that casual workers offer them, and in exchange, they are paying 25% or more above normal rates,” Australian Chamber of Commerce and Industry (ACCI) boss James Pearson tells SmartCompany.

“The worrying thing for small businesses is the last thing they want to be doing is spending more time in court, more time away from running their business.

“If you can’t work these things out in the workplace face-to-face, if they get taken to the FWC, that’s hardly going to encourage better collaboration in the workplace,” he says.

“It’s a recipe for more division.”

“We want less complexity, and we want the ability to make decisions about our own risk,” he tells SmartCompany.

Strong says the idea stronger wage growth will flow back into the tills of small-business owners is fraught.

“Too often, long-term casual work is used as a mechanism to pay workers less, deprive them of leave and make them easier to sack.” Shorten.

Political spin. Regular casuals earn more than their permanent equivalents courtesy of 25% loading (eg they get paid 13 weeks/25% of a year) every pay vs permanent 8 weeks (4 annual, 2 personal, 2 public holidays on average).

Regular casuals have the same access to unfair dismissal as permanents.