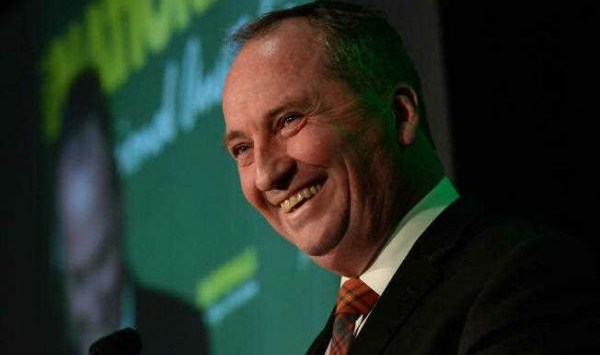 The Nationals have unanimously passed a motion calling for the introduction of an effects test into Australian competition law in order to better protect farmers and small business owners from anti-competitive conduct from large companies.

The motion was passed over the weekend at the party’s annual conference.

The move comes as the Council of Small Business of Australia announced it would do a mail-out to marginal seats in the lead-up to the next federal election rating the parties on where they stand on policies such as an effects test.

During the weekend party conference, deputy Nationals leader Barnaby Joyce did not explicitly mention the effects test in his address to the conference, the agriculture minister did refer to the need to prevent market monopolies.

“If this greed is unencumbered by rules, there ultimately results the domination of one enterprise over the marketplace,” Joyce said.

“One country over the region. One child over the playground. One party over the state.”

Senior National and Liberal MPs are divided over whether or not to overhaul Section 46 of the Competition and Consumer Act, with deputy prime minister Warren Truss and Joyce in favour of change.

However senior Liberals including Treasurer Joe Hockey, foreign affairs minister Julie Bishop and Attorney-General George Brandis are understood to be against updating Australia’s competition laws as recommended by the Harper review.

Prime Minister Tony Abbott has not indicated whether cabinet would reconsider the effects test in future meetings, effectively leaving the issue dead in the water.

Peter Strong, chief executive of the Council of Small Business of Australia, told SmartCompany this morning that he welcomes the Nationals unanimously passing a motion calling for an effects test.

“I’m not surprised because they’re much closer to the community than some of the cabinet members that are against the effects test,” Strong says.

“Bruce Billson says we need it, [Australian Chamber of Commerce and Industry chief executive] Kate Carnell says we need it and even the regulator says we need it. But despite that, we’ve got people saying we’re going to listen to the vested interests of big business. That is an absolute failure of leadership.”

Strong says COSBOA will conduct a mail-out to marginal electorates in the lead-up to the next federal election, with the aim of educating voters about small business issues.

“We will never tell anyone how to vote, that’s just wrong,” Strong says.

“But we will highlight what we think are good policies. We’ll be scoring them, and the effects test will be high up there. The Xenophon group and the Greens have said they will go to an effects test.”