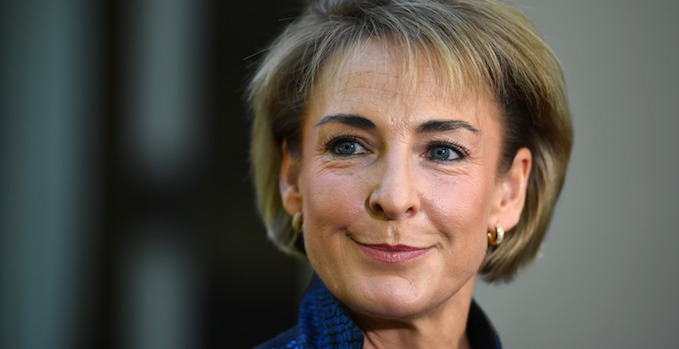 Employment Minister Michaelia Cash has accused Opposition Leader Bill Shorten of “throwing a wobbly” about the Fair Work Commission’s decision on penalty rates and claimed Labor is ignoring SMEs on a range of fronts, from tax relief to electricity prices and the ability to compete with the big end of town.

Cash’s comments come as business groups start putting up proposals for a rollout of the lower rates, with the Australian Retailers Association calling for a two-year transition period for lower Sunday penalty rates.

In an opinion piece in The Australian this morning, Minister Cash accuses Shorten of being a hypocrite on the issue of penalty rates because he established the review that lead to the Fair Work Commission’s decision to lower Sunday wages across four awards, saying he “is throwing a wobbly that would put John McEnroe to shame”.

“Shorten disregards the interests of small businesses and the jobs they create. Small-business owners are the backbone of our communities,” Cash writes.

“Small-business owners are too busy working to whinge, they don’t have a political megaphone and their employees aren’t heavily unionised. Shorten doesn’t want to hear them and Labor doesn’t care.”

However, Cash’s criticism of Labor is not confined to industrial relations, with the Minister also accusing Labor of ignoring the interests of small businesses across the board.

Cash’s comments come the day after Shorten took to Twitter to announce that he will introduce legislation into the House of Representatives to reverse the Fair Work Commission’s decision on Sunday rates.

I will introduce legislation to reverse the cuts to penalty rates next week.

The announcement saw business owners and workers clash on social media, with several commenters asking Shorten to explain why he wanted to go back on the decision of an independent body.

“But you setup the fair work commission and then said you will go by its decision and now because you don’t agree with their decision and because your a union tool you are attacking the decision,” one comment writer said on Facebook yesterday.

“Good on you Bill. Can’t believe liberals let this go through. Rich get richer, poor get poorer,” said another in support.

While politics heat up, businesses look at rollout

As the two major parties continue to fight over the lead up to the Fair Work Commission’s decision on how the cut to Sunday rates will be implemented, retail groups are voicing their views on what transition arrangements should be in place across the four awards affected by the ruling.

The Australian Retailers Association (ARA) is one of the first groups to put in its two cents on what the rollout should look like. The association suggests the retail sector takes a two-step approach that would see the hourly loading for permanent employees covered by the retail award lowered to 150% by July 1, 2018.

The Fair Work Commission said in its ruling it would take feedback on the most appropriate transitional arrangements for the new rates, and the ARA favours reducing loadings to 175% from the first of July this year, with the second stage to happen the year after.

“Implementing a two-stage transitional pay arrangement for the reduction in Sunday penalty rates will allow retailers to roster additional staff on a Sunday, and give more employment opportunities to young workers seeking both extra hours and new employment over the weekend,” ARA executive director Russell Zimmerman said in a statement on the issue this week.

Business groups have previously told SmartCompany that a gradual transition would present the fairest option for workers and businesses, but some still believe that the current debate is dominated by misinformation.

Last week, Australian Small Business and Family Enterprise Ombudsman Kate Carnell said a Senate inquiry into rates would be a “smart way to go”, to give the Fair Work Commission a chance to explain its position.

Job creation in the spotlight

Meanwhile, Labor has also pledged to go to businesses themselves to discuss job creation in Australia as part of a national jobs taskforce.

Opposition leader Bill Shorten has pledged to use stories from businesses around the country to create a national employment plan, reports The Australian.

The Labor Party’s national platform promises to communicate with SMEs about new ideas in this way, in order to “support micro, small and medium enterprises to do the things the nation needs to remain a competitive and cohesive nation: develop new ideas, explore new opportunities, transform themselves into viable thriving businesses”.

Shorten is not the only one pushing the focus towards jobs, with the Prime Minister also launching a regional ministerial taskforce to focus on job creation and growth in regional areas.

“It’s not just about regional development — it’s going to take in health, education, transport and infrastructure, employment and jobs and agriculture,” said Fiona Nash, deputy chair of the committee and minister for regional development, in an interview with the Bendigo Advertiser this week.