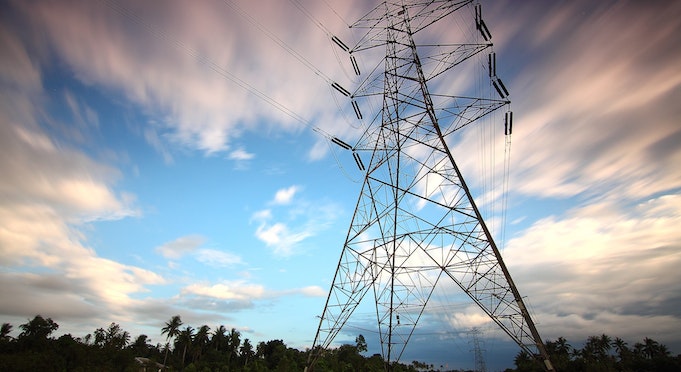 With the upcoming federal election in a few days, coupled with the federal budget released in April, Treasurer Josh Frydenberg’s $7.1 billion surplus received extensive praise as it looked to provide respite for millions of Australians via tax cuts come the end of the financial year.

Naturally, these cuts are going to provide confidence to those, particularly small-business owners, suffering from flat wages and cost-of-living pressures, which have seemingly worsened in recent times. Also announced as part of the budget was a one-off payment to help the 3.9 million eligible Australians with surging energy prices.

On the surface, Frydenberg and the Coalition seem generous. However, we really need to question, is any type of contribution really going to alleviate the pain as energy prices continue to soar?

The answer is a hard no. Is it an election sweetener? Yes. Is it a band-aid cure? Also, yes. Will it be effective beyond 2019? No, as we have far deeper challenges that need to be addressed in order to lower electricity costs for all Australians. And we need to act quickly.

From July 1 the Australian Energy Regulator (AER) will implement a default market offer in the hope of helping us save hundreds of dollars.

Sure, this is a step in the right direction, but not only is it a rushed move, but it also fails to address issues of overall energy costs, not to mention the ongoing scourge of comparison websites whose transparency is about as clear as mud when it comes to actually saving Australians money.

Ahead of the federal election, both Labor and the Coalition are using their promises of reduced energy costs as a leading campaign tactic, unveiling plans to reduce the financial burden for households and small businesses across the country.

So what exactly do the parties have in store and will these actually have a positive impact?

What is the Coalition proposing?

Other than its one-off energy assistance payment to households, the Coalition is also proposing a new generation “clean coal” plant be built in Queensland, although contracts have yet to be signed.

They’re also planning to contribute to the Snowy 2.0 hydro scheme, among a number of other renewable energy projects.

While these have the potential to lower energy costs for small businesses in the long term, are Australians actually going to feel any relief anytime soon? Sadly, not.

Frankly speaking, given the lead time to construct these plants, there will be no immediate value for electricity customers.

In fact, you can expect the current retailers to game the system, generating more profit per megawatts produced, before new competition even enters the market. A hugely negative impact to the sector.

Will things be different under a Labor government?

In contrast to the Coalition’s plan, the Labor party have all their eggs in the renewable basket.

Under a Bill Shorten-led government, we have been told we’ll see about 100,000 households offered $2,000 rebates to install solar batteries, with the hope of having one million of these power banks installed by 2025.

Naturally, most Australians understand the long-term benefits of seeking power from solar and other renewable sources, however, there are a number of fundamental flaws in their suggested policy.

Simply incentivising Australians with battery rebates is not a complete solution, as has been demonstrated in South Australia, where a $6,000 rebate has not delivered on the expected battery uptake from householders.

The flaw in the plan is that the extensive number of electric vehicles Labor wants on the road by 2025 will actually place more strain on the energy grid in the evenings, without intelligent energy management and bi-directional flow capability from these electric vehicles.

Bi-directional capability means the vehicles will need to be able to both take energy to charge the car and supply energy from the car to the household in order to be useful.

As the cars will need to be charged in the evening, this will increase the strain on the energy grid when demand is already high and little to no solar is being generated. Not ideal for those who already face a number of battles, such as running a small business.

However, not to be a complete naysayer, if implemented properly the battery rebate has the possibility to be a truly great initiative. As always, the devil is in the detail, and Labor’s plan is scant on those at best right now.

While the proposed $2,000 rebate is useful, it is not nearly enough to make batteries commercially viable for most households. So, if elected, Labor must work with the AER to allow householders and small businesses to interface and participate directly with the energy market in real time to get a higher return on investment from their batteries in order to make them cost-effective.

We have already seen both the Australian Energy Market Operator (AEMO) and Australian Renewable Energy Agency (ARENA) take steps towards making this a reality.

However, naturally, the big energy retailers are doing their best to impede this energy market revolution, blocking any chance of this becoming a reality, as they put their lobbying dollars to work against all Australians, including small-business owners and startups.

Which party would deliver the best outcome for Australians?

The Coalition’s proposed policy will eventually lower energy prices, but there is no chance it will assist in the migration of Australia’s energy market to a cleaner and greener baseline — something most of us want to see.

Across the halls, the Labor policy certainly has good intentions, but, to put it simply, it needs a lot of work before the party could even roll it out should they be elected.

NOW READ: Election 2019: All small businesses need to know about what policies affect them