Everything you need to know about the small business effects test: Legal powers beefed up to fight the big end of town 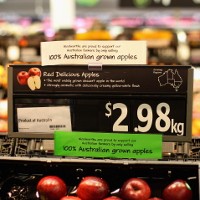 Small business will have greater power to take legal action against large competitors who misuse their market power, if the federal government adopts the effects test recommended by the Harper Review.

The much-debated addition of the test to the laws governing the misuse of market power was included in the final iteration of the Harper Review yesterday, alongside 55 other recommendations aimed at reforming Australia’s competition laws and institutions.

The final report advocated for a change to Section 46 of the Competition and Consumer Act, the provision that regulates unilateral conduct.

As it stands now, the current “purpose” test for the misuse of power considers the purpose of a company’s conduct. The conduct is only illegal if its purpose is to eliminate a competitor or stop a new competitor coming into the market.

The report found the laws were “deficient in its current form” and “out of step” with equivalent international approaches and other competition laws.

It noted smaller businesses had found it difficult to use the current definition, particularly the “taking advantage” limb that is used to distinguish competitive from anti-competitive unilateral conduct.

The proposed legislation will broaden that definition to include the effects of a company’s behaviour, considering “the purpose, effect or likely effect of substantially lessening competition”. It will also remove the ‘taking advantage’ limb from the prohibition.

Companies with substantial market power will have to prove to the courts the pro-competitive and anti-competitive impact of their conduct.

It was expected the final report would include a more “definitive defence” for large companies to ensure that the proposed changes do not capture pro-competitive conduct. But the report outlines a number of “critical” submissions that swayed the panel to remove a defence in favour of a list of factors courts must consider.

“The whole point is to put bumper rails in place in our competition laws,” says Billson, who believes the effects test will cross the line when it makes it to Parliament.

Billson says competition laws should allow businesses, big and small, to prosper on their merit, not purely on the basis of “economic muscle”.

“By definition, the point is to make sure dominant players are thoughtful about their position in the economy and don’t see it as freedom to do whatever they want,” says Billson.

“I’ve been long advocating the need to strengthen Section 46 and to restore it to be a useful and important piece of competition law architecture.”

“I’ve been criticised by some for suggesting we should be disrupting the status quo. There are many interests well-familiar with the current law,” he says.

Billson says there are clear concerns about the degree of uncertainty and transition costs for big business, which are natural given any change to legislation.

Peter McDonald, competition law expert and partner at Allen & Overy, told SmartCompany any concerns about “transition costs” would need to be considered in the light of a long period of transition.

“If you were viewing cost over a six month period I could understand, but it should be viewed as 30 year change,” says McDonald.

McDonald says he is confident the courts will be able to interpret the new law and says the change actually brings Australia in line with Europe and the US.

“It’s a long term in principle trying to pick up on the best practices internationally,” he adds.

“If adopted, the recommendations would amount to a significant overhaul to the section, marking a major departure from the existing approach, arguably taking Australia closer to the approaches in the US and EU,” says Monks.

She says the Australian Consumer and Competition Commission will likely welcome the change, having had a mixed track record of success in taking action in misuse of market power cases, most recently losing at first instance against Pfizer.

“However, an effects test exists in other sections of the CCA and providing that conduct substantially lessens competition has also proven difficult so it will be interesting to see whether the recommended changes makes it materially easier for the ACCC to succeed in a s46 case,” she adds.

Peter Strong, chief executive of the Council of Small Business of Australia, says feedback from COSBOA members so far points to broad support from the small business community.

Strong says he was pleased the tough lobbying of the big end of town did not sway the Harper Review.

“They are going to be very unhappy,” says Strong.

“But the message to big business is: it’s just an effects test. If their business model is so bad and so unethical that it needs to maintain the power to destroy small business, then that’s a concern.”