Federal budget to distinguish between good and bad debt 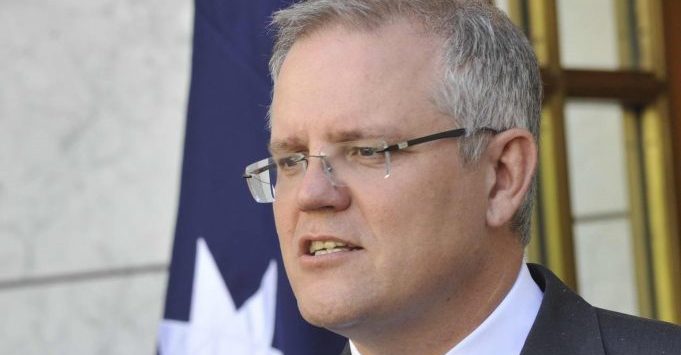 The government will highlight in its May 9 budget a distinction between “good” debt, incurred to boost growth, and “bad” debt, used to finance welfare and other recurrent spending.

Treasurer Scott Morrison will say in a speech to business economists on Thursday that while previously all debt, whether for capital or recurrent purposes, has been lumped together, in this budget it will be linked to spending.

This “will make clearer the share of expenditure that is contributing to investment that increases productive capacity and produces future income and the debt that is being incurred to deal with everyday expenditure”.

The budget will also assign the level of government debt across portfolios. “We all need to understand what is driving the growth in our public debt and we need to budget in a way that creates accountability for increasing public debt and the interest payments that go with it,” Morrison says in his speech, released ahead of delivery.

The government is beginning the process of changing the spending culture, he says.

“Portfolios will be held responsible for the debts they are incurring for future generations as a result of their expenditure.

“At the same time we will be providing room for common sense decisions to invest in our economy, by utilising our balance sheets to support investment that boosts growth and the jobs and wages that depend on that growth.”

On the latest figures net federal government debt in this financial year is estimated at $317 billion.

Net debt is projected to peak at 19% of gross domestic product (GDP) in 2018-19 and then decline over the medium term.

Read more: As the budget countdown approaches, what do voters want on housing reform?

The government remains committed to budget repair and its first priority for that remains controlling growth in spending, Morrison says.

“It is not sustainable for Australia to continue to finance our recurrent expenditure by borrowings.

“Australians understand taking out a mortgage to pay for their home is a wise investment for their future. But they also know that putting your everyday expenses on the credit card is not a good idea. It doesn’t end well.

“That is basically the difference between good and bad debt. The same is true for government.

“It can be very wise for governments to borrow, especially while rates are low, to lock in longer term financing and invest in major growth producing infrastructure assets, such as transport or energy infrastructure. But to rack up government debt to pay for welfare payments, Medicare costs or other everyday expenses, is not a good idea.

“This is a critical part of ensuring that government lives within its means.”

There is only one distinguishable difference between Good Debt and Bad Debt.
Good Debt can become Bad Debt very quickly. Bad Debt will never be anything else.

If taxes aren’t sufficient to fund recurrent expenditure why would you give big business a $50B tax cut and allow large corporations to pay no tax.

If taxes aren’t sufficient to fund recurrent expenditure, why would you continually introduce massive new expenditure?

In terms of business tax, why would any company set up shop in Australia when the business tax rate is or will be a third to half that in other developed nations. Oh and add to that the sovereign risk that is now imposed by politicians?