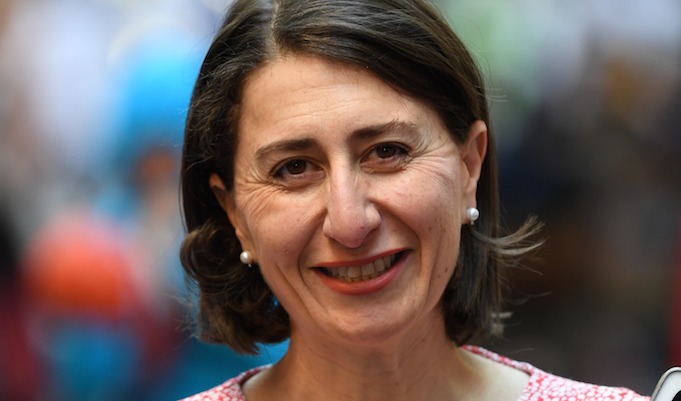 There’s good news for New South Wales as it gets acquainted with its new premier this morning—its economy is leading the nation.

CommSec’s latest State of States report pegs NSW as the strongest economy in the country, bolstered by its business investment and retail trade. The strength of the region’s business community and consumer confidence has been heavily spruiked by incoming Premier Gladys Berejiklian, who served as Treasurer under former Premier Mike Baird since April 2015.

Berejiklian was elected unopposed as leader of the NSW Liberal Party in a 10-minute meeting on Monday morning and will be soon be sworn in as the state’s premier, following Baird’s resignation last week. Finance Minister Dominic Perrottet will take on the position as deputy leader.

Berejiklian has served as the state representative for the seat of Willoughby in 2003 after working as a general manager at Commonwealth Bank. With previous stints as the minister responsible for the transport and industrial relations portfolios, she takes the party leadership having spent considerable time focusing on jobs, infrastructure and business confidence in the state.

Here’s five things to know about the Premier-elect.

1. The business environment was an early focus

Berejiklian’s 2003 inaugural speech as member for Willoughby focused on the diversity of her community and its achievements, as well acknowledging the pressures placed on businesses and the importance of running an efficient economy.

“We have the people, we have the resources, but we lack a State Government which can make the necessary tough decisions and which can manage the economy efficiently,” she said at the time.

“Working in the financial services sector for the past five years has given me an insight into the many pressures placed on business.”

In the same speech Berejiklian spoke about the importance of genuine tax reform to promote growth, particularly around payroll tax.

In a 2015 meeting of state treasurers, Berejiklian argued for an increase in the goods and services tax rate to 15%, with the provision that households earning less than $100,000 a year would be compensated.

She wrote on the issue in The Australian, saying the state’s proposal to reform the tax “simply gives the states a leg-up in knowing we’ve got a consistent and secure revenue stream in the future”.

As treasurer, Berejikilan also spoke about falling forecasts for NSW’s share of the GST.

“Ironically we are the victims of our own success when it comes to the GST,” she said in her treasurer’s address in the 2016 state budget announcement.

3. Certainty is a priority

Stability and certainty were other key priorities for Berejiklian as treasurer, and she has been keen to drive home her belief that the strength of business investment in the NSW comes down to its stable environment.

“Labor just doesn’t get it and they never will. If you believe in creating jobs and economic growth you must support and enable business to operate efficiently,” she said in her 2016-17 budget address.

The Baird government’s lockout laws caused significant tension with business groups and the live performance community, and minor amendments to the legislation’s operation at the end of 2016 were seen as laughable by some. However, the new Premier has not been drawn on what her future approach to the policies will be, and has not gone on record in the past about the policy.

Read more: Business leaders praise outgoing NSW premier Baird, but say his replacement will still have work to do

Berejiklian’s predecessor Mike Baird had quite the affection for Twitter, with his commentary on reality program The Bachelor even winning him new fans, but Berejiklian only joined the platform last March. While she’s spent the last 10 months using it to post budget updates and pictures of local businesses, she avoided joining the platform for some time:

Pleased to be here on Twitter after many years of resistance.