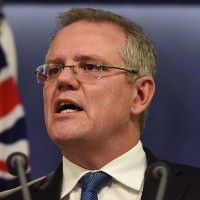 The federal government has put off making a decision about the potential introduction of an effects test until after the new year.

Handing down the government’s formal response to the Harper competition review this afternoon, Treasurer Scott Morrison said a discussion paper will be prepared about the effects test and delivered in February.

Among the recommendations to win the government’s support is the removal of parallel importation restrictions on books.

Morrison said the government will focus on other aspects of the review, such as recommendations on energy markets and water.

“That’s what’s going to drive the economic jobs and growth, not technical arguments in a lawyers’ picnic about section 46,” Morrison said, referring to the section of the Competition Act that would be altered if an effects test was to be adopted.

Speaking at the same press conference this afternoon, Harper said it was “no surprise” that section 46 was the most controversial aspect of the report.

“It was one of the only recommendations that we actually changed between the draft report and the final, acknowledging the difficulty of the issues,” he said.

“The fact that the government would take that issue and deal with it separately strikes me as perfectly reasonable. The most important recommendation from the perspective of driving productivity in our country is the reforms to human services.

However, the move to delay a decision on the effects test is likely to be met with frustration from the small business community, many of whom support the change.

More than 600 people signed a petition from SmartCompany and the Council of Small Business of Australia calling on the government to implement the reform.

Former small business minister Bruce Billson advocated for the change, which would grant legal redress for small businesses when a big business misuses market power with the likely effect of substantially lessening competition.

However, the proposal was effectively put on ice in September prior to the change in leadership in the federal Liberal Party.

Speaking to SmartCompany this afternoon, Jos de Bruin, chief executive of the Master Grocers Association, said it is disappointing that the effects test is being delayed until at least next year.

“I’m disappointed that the massive amount of work already done by the Harper panel and the very strong voice that has been put forward by the alliance of industry association leaders back in October haven’t, in our mind, been recognised,” de Bruin says.

“But in saying that, we understand that big business has influenced cabinet – particularly in the Abbott ministry. So we do welcome Scott Morrison and Kelly O’Dwyer suggesting there will be ongoing discussion. Our understanding is it will be round-table discussions, transparent discussions; not hidden, cloakroom discussions big business likes to operate in.”

De Bruin says he is worried the effects test will be weakened in future discussions.

“We don’t believe it should be watered down, changed or amended in any way from what is being recommended by Professor Harper,” he says.