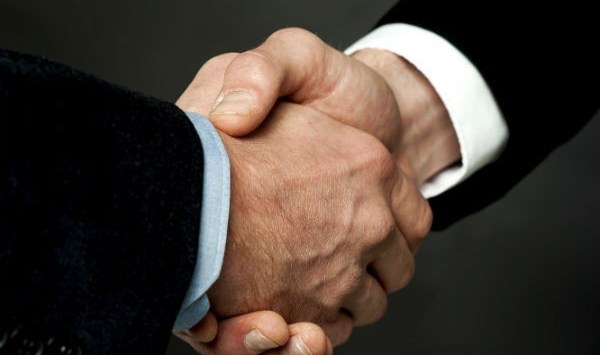 What’s the biggest challenge in financial services regulation currently? Systematic problems in financial services offered by the big banks that rip off tens of thousands of Australians? A continuing series of financial scandals among the banks and other major financial institutions costing hundreds of millions? The Australian Securities and Investments Commission’s inability, or more correctly unwillingness, to upset the top end of town, let alone regulate it? The high price Australians pay for super funds management? The growing dead weight of a super system that’s now significantly bigger than our actual economy?

No — the urgent issue, apparently, is getting more independent directors onto industry super fund boards, which the government will announce today, having backgrounded journalists to that effect at its favoured outlets, the Financial Review and The Australian, yesterday. (And, interestingly, before we see the government’s response to the final report of Murray inquiry into the financial sector.)

Industry super fund boards are currently run — with some exceptions — by union and employer-nominated representatives (although it’s only “corrupt” trade union reps that ever get mentioned by the government and the media). Industry super, year in and year out, significantly outperforms retail super (which had supposedly “independent” boards); indeed, the industry fund attacked as “corrupt” by the trade union royal commission, CBUS, massively outperforms all but a couple of hundreds of retail super funds. Nonetheless, the government’s priority in financial services reform is not a royal commission into the scandal-plagued industry, or strengthening ASIC, but “improving governance” in the industry super sector.

But what’s the problem with a little more independence on such boards? How can that hurt, even if there are other, (much) bigger problems the government should be dealing with?

In all cases where such companies have gotten into trouble, it’s because independent directors, supposedly more sceptical and untainted by connections with management, have not done their jobs — they’ve failed to stand up to managements or go public with serious concerns, and they’ve been just as slow in admitting inappropriate or illegal behaviour that has cost customers and investors. How many independent directors have resigned in protest over the scandals that have plagued some of our biggest companies? Where were the independent directors of the Commonwealth and ANZ on the criminality that has been revealed at those two major banks in just the last 12 months?

If independent directors are so good in the financial services industry, why is there a consensus among regulators — even ASIC — that banking culture is seriously flawed and needs to be addressed? The RBA and APRA have gone out of their way to target bank culture in recent months. In the words of the Reserve Bank, “Australian banks are required to maintain a sound operational risk framework that ensures the proper functioning and behaviour of systems, processes and people; complex and diversified banks should have a more robust framework in place. Banks are also expected to understand their ‘risk culture’, which can be thought of as the way the management of risk is viewed in practice across the institution. Conduct-related events in one area of a banking group may be a signal of broader governance, cultural and risk management deficiencies, and could give rise to entity-wide reputational risks.”

But apparently introducing the framework that produced a steady stream of such deficiencies is a priority for the government.

Meantime, the latest major scandal rolls on. This week National Party Senator John Williams, Parliament’s most dogged pursuer of financial scandals, got stuck into Fairfax’s revelations about breaches of governance and worse at IOOF — which controls $150 billion in investment funds, mostly super money. Six of the seven-person IOOF board, including the chairman, are non executives and classed as independent. The CEO, Chris Kelaher, is the sole executive on the board.

Williams had earlier crossed the floor to vote with the Greens on their motion for a royal commission into the industry, which was defeated by the government and Labor, and then delivered his speech. The further revelations in his speech contrasted with the bland assurances from IOOF on Monday to the market, which omitted the vital fact that that the IOOF’s head of advice research, Peter Hilton, one of the central figures in the allegations from Fairfax and Williams, was “on leave until further notice”. That was revealed in a note from the company’s CEO to financial planners and others, which was leaked to the media.

IOOF yesterday said it had hired accounting firm, PwC to carry out an independent review of its operations. PwC will review the group’s regulatory breach reporting policy and procedures within its research division, apparently. “This will be a thorough review and it is our intention to inform ASIC and APRA of the outcomes,” IOOF said. Except, PwC has been used by IOOF on a number of occasions previously. Indeed, one board member used to be a PwC partner in a previous business life.

Independence? That’s one word for it.