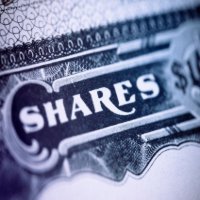 The federal government has announced funding for improved STEM offerings in schools, changes to employee share option schemes and 457 visas, as part of its Industry Innovation and Competitiveness Agenda.

The government will unwind the changes made to employee share option schemes by the Labor government in 2009.

The change, proposed to come into effect on July 1, 2015, will apply to all companies and will mean that discounted options are generally taxed when they are converted to shares, rather than when the employee receives the options.

The government also says, in order to give startups more time to be competitive and succeed, it will extend the maximum time for tax deferral from seven to 15 years.

In addition the government will allow employee share scheme options or shares that are provided at a small discount by eligible startup companies to not be subject to upfront taxation, so long as the shares or options are held by the employee for up to three years.

Ingogo founder and managing director Hamish Petrie says the reform will resolve a problem that’s been a “huge headache” for Australian startups.

“Under the old structure we’ve had to spend a ton of money on legal and accounting fees to put a legal scheme in place for our employees,” he says.

“And it’s not just the money; it’s the management time that was basically being wasted on red tape. Having logical regulations in place mean startups and early stage companies like ingogo can use more time and resources to build new products and drive more growth.

“Our international competitors in other markets haven’t had to grapple with this wasted time and energy. If Australia is serious about competing globally against other countries in this space, we need to get rid of these kinds of barriers.”

The government also announced it will invest $12 million to improve the focus of science, technology, engineering and mathematics (STEM) subjects in primary and secondary schools across the country.

Of that $12 million, $7.4 million will go to providing innovative mathematics resources for primary and secondary schools teachers, while $3.5 million while go towards providing greater exposure to computer coding across different year levels in Australian schools to expand the pool of ICT-skilled workers. In addition $500,000 will be spent on innovation focused Pathways in Technology Early College High School pilot program to “help develop the next generation of innovators and job-ready graduates”.

StartupAUS board member Dr Jana Matthews says while $12 million doesn’t seem like much of an investment, she believes it’s important to celebrate the government moving in the right direction.

“We’ve taken several steps forward, of course we can do more, and we will do more, but we need to celebrate successes,” she says.

The government will also reform the 457 program for skilled migrants. Changes include streamlining the processing of sponsorship, nomination and visa applications to reward low risk applicants, and increasing sponsorship approval from 12 to 18 months for startups.

Matthews says it’s hard to be sure what sort of impact those changes will have on startups, and says what’s really needed is a startup or founder visa, similar to the ones offered in Canada and the United Kingdom.

She suggests that founders applying to approved accelerator programs could be provided with a pathway to permanent residency through such a visa.

“I think those are exactly the type of people you want to see coming into the country,” she says.