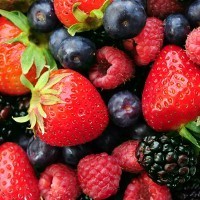 The outbreak was linked to poor hygiene and water supplies in a Chinese packaging plant.

The reforms will aim to remove ambiguity about the origin of products and packaging.

Current legislation states all packaged and some unpackaged food sold in Australia must be accompanied by information stating the food’s country of origin.

If the food comes from multiple countries, this must also be communicated.

But this can lead to unhelpful labels which read: “Made in Australia from local and imported ingredients”.

“There is an ongoing concern, that I have voiced, relating to public confusion and frustration over labelling claims that may be technically accurate and defensible but may not clearly communicate to consumers what it is they are buying and the origins of some ingredients,” he says.

Billson says the enquiry into food labelling will “not necessarily” increase red tape for business.

“That is one of the factors that a multi ministerial task force is examining, what sensible changes can be implemented to improve clarity to consumers without imposing any undue increase in the regulatory burden for business.”

Billson acknowledges the proposed labelling reform would not have made any difference to the Hepatitis A outbreak.

The Patties products recalled, sold under the Nanna’s and Creative Gourmet brands, were labelled as “packed in Australia using imported fruit”.  Creative Gourmet was described as “Proudly Australian based since 1982, we source what’s best in season from around the world”.

He says there has been no suggestion that the labelling used by Patties was inadequate according to current requirements.

“The berry incident is less about the labelling and more about testing and food quality issues but it has again drawn attention to the utility of labelling,” Billson says.

SmartCompany contacted Patties for comment but did not receive a response prior to publication.