“Only a matter of time”: Greens to push Labor hard on cannabis legalisation, citing $2 billion opportunity

The legalisation of cannabis will be front and centre of the Australian Greens’ campaign in this year’s upcoming federal election as the party urges Labor to lead the charge on pro-marijuana legislation.

Speaking to SmartCompany, Greens party leader and Senator for Victoria Richard Di Natale outlined the Greens’ stance on cannabis in Australia, which the minority party unveiled as a major policy platform last year.

While parties such as Victorian Labor have implemented progressive policies around medicinal and controlled cannabis, the Greens want to take the drug’s treatment in Australia to the next level, calling for full decriminalisation and legalisation of the drug.

“We want to see the abolition of criminal penalties for the personal consumption of marijuana and indeed other drugs. We think that we shouldn’t be targeting people who use these substances,” he says.

For cannabis specifically, Di Natale says the Greens want to go one step further, allowing Australians to grow up to six of their own cannabis plants, along with establishing a full controlled market for the sale and production of cannabis and cannabis-related goods.

The Greens would see a regulated industry of cannabis suppliers created, leveraging off some of the frameworks already in place locally for the medicinal cannabis industry to ensure there’s quality control for the “cultivation, growing and processing of cannabis”. This would include specific licensing for various cannabis strains and quality control around the drug’s potency.

“Basically, if you’re able to meet the criteria established in the licensing regime, then you’ll be accredited as a grower, and those products will be available for sale,” he says.

“People who are going to sell the cannabis would also need to satisfy a range of requirements to be able to have a licence to sell.”

Di Natale envisions this licence for sellers taking on a similar form as the existing Responsible Serving of Alcohol licence, with sellers being required to pass a test on the issuance of cannabis.

Once all these frameworks are established, Di Natale says the Greens would ideally see the price of cannabis set to where it currently sits within the illicit market, which would require a tax to be imposed on the sale.

“The bottom line is it takes the whole industry out of the hands of criminals and puts it in the hands of a regulated market,” he says.

If this was achieved, the Greens forecast the industry bringing in over $2 billion in revenue over forward estimates, a number the party has had crunched by the Parliamentary Budget Office.

Along with that significant revenue would come jobs and business opportunities across the industry, Di Natale says.

“The big opportunities are in the cultivation of the plant from the agricultural side and on the processing side. I suspect there’ll be a number of businesses established that grow cannabis in different circumstances — some who grow it in the outside environment, and others that grow more intensively in greenhouse-type conditions,” he says.

“There will be jobs in the processing of the plant. And then, of course, there’ll be jobs in terms of the outlets that are selling the cannabis.” 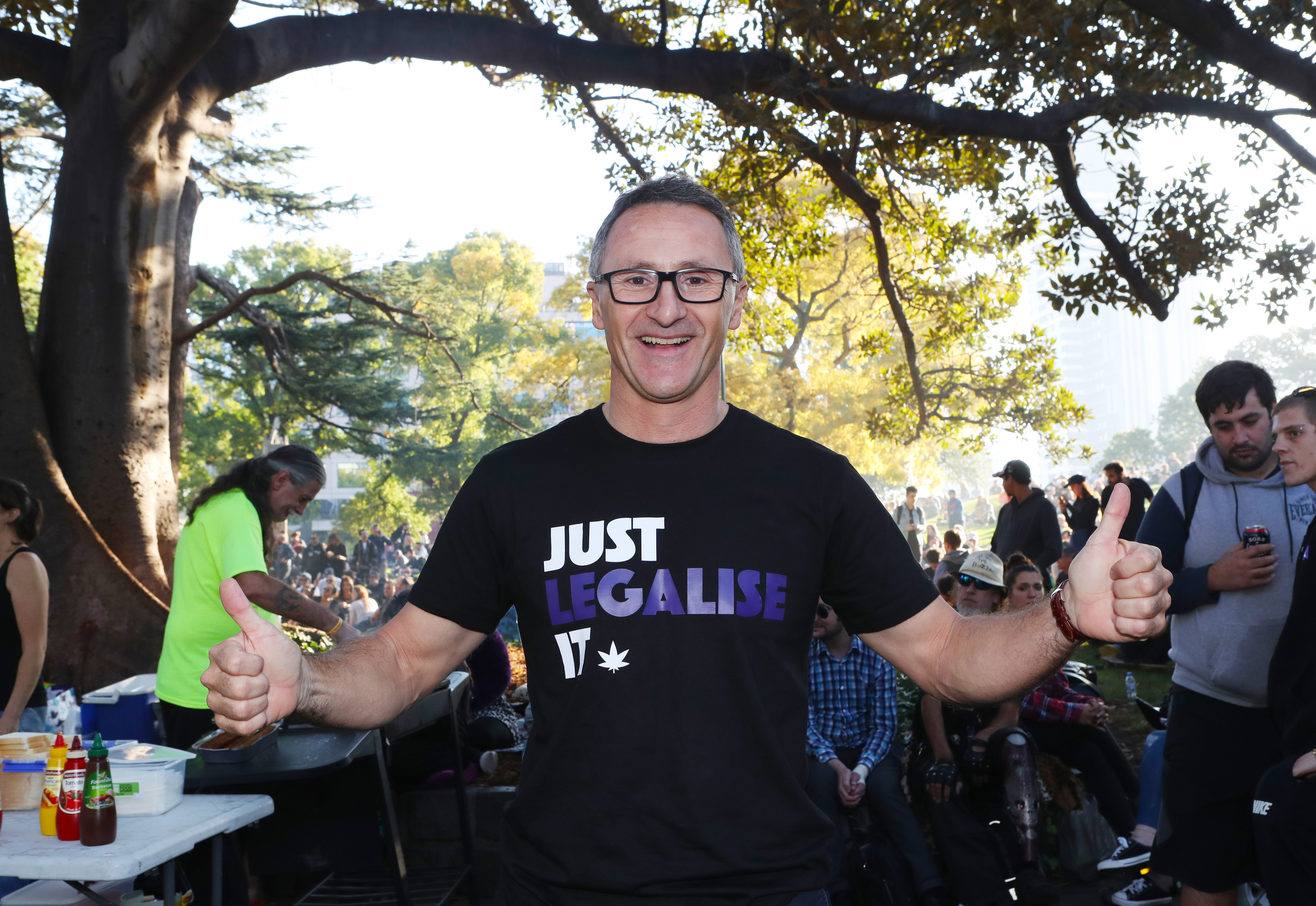 For small-business owners, Di Natale predicts one of the greatest opportunities will be in the accessory space, pointing to the booming vaporiser industry in the US as an example of innovation occurring in the industry currently.

“People are going to continue to use cannabis, that’s the bottom line, no matter what politicians say. We want to ensure that it’s regulated in a way that it’s safe and accessible for consumers so they know exactly what they’re getting,” he says.

“This is done again with a view to the health of individuals. It obviously creates business opportunities, but the primary driver here is reducing harm.”

“Only a matter of time”

The Greens will be pushing their legalisation policy hard at the upcoming federal election, and Di Natale says the party has already had some success in state parliaments across the country. A bill for the legalisation of cannabis in the ACT is currently before the territory’s legislative assembly, with support from both Greens and Labor.

“The Labor Party hopefully will follow the example of their cousins in New Zealand, who have announced they’re going to have a referendum. But we would prefer them just to announce it as part of their policy platform,” he says.

“It’s a question for the Labor Party. One of the things we’re going to make very, very clear is that the legalisation of cannabis needs to be front and centre in their agenda. And if we’re in a position in the next Parliament to be able to influence them, this will be one of the things we’re talking to them about.”

“It’s only a matter of time, and this has been dragging its heels for far too long.”

NOW READ: Greens push for a publicly owned ‘People’s Bank’ as part of a big-government platform