Big spending within limits: Why Joe Biden’s economic centrism is just what the US needs

In an age of hyperpartisan politics, the Biden presidency offers a welcome centrism that might help bridge the divides.

But it is also Biden’s economic centrism that offers a chance to cut through what has become an increasingly polarised approach to economic policy.

On the Republican side of politics, there is strong support for neoliberal economic policies — that is, economic policies that don’t just emphasise the importance of markets but represent a kind of free-market fanaticism.

Ronald Reagan aptly expressed this view in his 1981 inaugural speech, in which he said “government is not the solution to our problem, government is the problem”.

On the Democratic side, the centrism of the Bill Clinton era (1993–2001) has given way to much more left-wing policies. Indeed the democratic socialism of Bernie Sanders and Alexandria Ocasio-Cortez have been in the ascendancy for several years.

If you have any doubt about this, consider two facts.

First, Sanders came very close to being the Democratic Party’s presidential nominee in 2016. Second, the 2020 Democratic presidential primaries were dominated by candidates with similar views — such as Senator Elizabeth Warren.

Biden, of course, ran on a much more centrist economic platform.

This was perhaps best captured by his approach to healthcare — seeking to build on Obamacare (the Affordable Care Act) and insure more people, rather than adopt the “Medicare for All” policy advocated by Sanders and Warren.

In a whole range of areas, Biden and his nominees for important cabinet posts have signalled the new administration’s economic policies will be responsive to the demands of the left but still be sensitive to the concerns of the right. 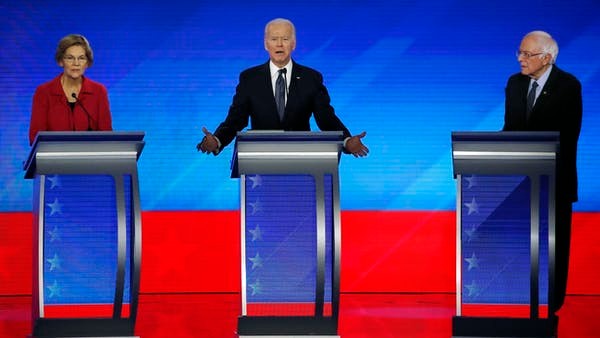 Big spending, but within limits

One of the most important things the administration will do in its early days is to orchestrate a large spending package to help deal with the fallout of the coronavirus pandemic.

This will include spending on the vaccine roll-out, helping schools reopen, extending unemployment insurance and cheques to households.

So the spending package is likely to be huge. But the administration is not going to spend with complete abandon and without acknowledging constraints.

As Biden’s pick for Treasury Secretary, Janet Yellen, said in her confirmation hearing:

“Neither the President-elect, nor I, proposed this release relief package without an appreciation for the country’s debt burden.

“But right now, with interest rates at historic lows, the smartest thing we can do is act big.

“In the long run, I believe the benefits will far outweigh the costs, especially if we care about helping people who’ve been struggling for a very long time.”

Sanders and others’ “Medicare for All” plan involves single-payer (i.e. the government) universal coverage and ending private health insurance. This would be similar to the approach in Scandinavia, Canada and Britain.

Biden has strongly resisted this on two fronts.

One, it would be incredibly expensive, costing US$30–40 trillion over a decade.

Two, it would involve more than 150 million Americans losing their current insurance.

Instead, Biden wants to expand the Affordable Care Act with more incentives to push towards truly universal coverage.

This is something Mitt Romney (the Republicans’ 2012 presidential candidate) might easily have proposed.

Don’t forget that as governor of Massachusetts (from 2003 to 2007) he enacted a plan almost identical the Affordable Care Act — an idea championed by the conservative Heritage Foundation. 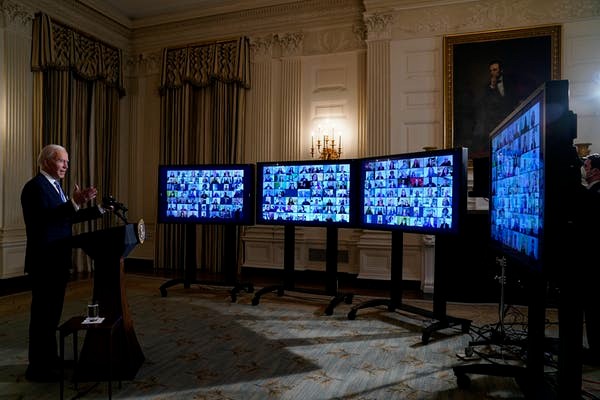 Biden’s tax plan certainly involves raising taxes but not to anywhere near the levels called for by the democratic socialist wing of his party.

Nor will he embrace a wealth tax like Warren championed. Under her plan, people with assets of more than US$50 million would be taxed 2% of that amount a year (and 3% for more than US$1 billion).

US companies will need to pay a minimum tax of 21% on foreign income — addressing the issue of companies avoiding taxes through legal set-ups in low-tax overseas jurisdictions (such as Apple in Ireland).

Biden will even introduce a tax penalty on companies that move jobs overseas if their products are sold in the US.

This is not a package any Republican administration would be likely to introduce.

On the other hand, it falls dramatically short of what Sanders, Warren and Ocasio-Cortez want.

The Biden economic plan is responsive to the current — almost shocking — state of the US economy. His healthcare and tax policies are sensitive to concerns about inequality.

His approach acknowledges, rightly, that with interest rates at historic lows there is room for considerably more spending than in the past, despite already huge deficits. But it also acknowledges there are limits to what the government can or should do.

In that sense, it is something even conservative Republicans ought to be able to live with — and common ground is something the US desperately needs to find.

In a resurfaced letter, Joe Biden urged his “wonderful staff” not to "sacrifice" attending family occasions in favour of working.

Logic, boredom and sky-high hopes: Is your business a Trump, Biden or Obama brand?

One-hit wonder? Boring but reliable? A cult favourite that lets customers down? Is your business a Trump, Biden or Obama brand?