John Madigan jumps on launch-your-own-party bandwagon with Manufacturing and Farming Party: What’s in it for small business 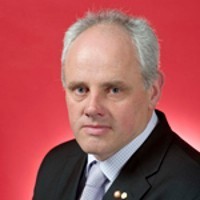 Victorian senator John Madigan is the latest politician to establish his own political party, promising to give manufacturers and farmers a voice in Canberra through his Manufacturing and Farming Party.

Following moves by South Australian senator Nick Xenophon and former Palmer United Party member Jacqui Lambie to start their own parties, Madigan has left the Democratic Labor Party and applied to register his party with the Australian Electoral Commission, which will now advertise for any objections to the party.

Madigan’s Manufacturing and Farming Party has policies in four key areas, including Australian manufacturing, local farming, “protecting our national interest” and “standing up for Australian families and communities”.

The party is calling for international trade agreements to be conducted more openly and with more transparency, Australian governments to buy local more often, stricter food labelling laws, more subsidies to farmers, the establishment of a rural development bank to support the next generation of farmers, and an end to foreign ownership of Australian agricultural land.

It would also like to see negative gearing laws scrapped to increase housing affordability and says the country’s “clean and green energy future must be fostered, but not at the expense of the wellbeing of rural communities”.

Speaking to SmartCompany this morning Madigan said supporting small business will “absolutely” be a key priority for the party.

“Obviously the party will have a special focus on small businesses that manufacture but we want to promote and support all small business,” Madigan says.

Madigan says his party recognises that SMEs want to grow their businesses and employ more people but often “feel that the business environment we have in Australia prevents them from doing so”.

“In the coming months we will be releasing a series of policies that will aim to reduce the regulatory and financial burden on small businesses,” he says.

“Our goal is to create an economic environment where they can grow and thrive.”

One of the Manufacturing and Farming Party’s key policies is to halve the company tax rate for Australian manufacturers.

Madigan says this idea comes from the fact that companies that operate in Australia “pay some of the highest company tax rates in the world”.

“We believe this creates a problem for manufacturers, especially because they already have higher operating costs than most of their international competitors due to the strength of the Australian dollar and high labour costs,” he says.

“Unless we do something to make operating in Australia cheaper, we will continue to see manufacturers either shutting down or moving offshore.”

Madigan believes cutting the company tax rate for manufacturers to 15% would send “a simple yet powerful message that will make operating a manufacturing business in Australia more profitable”.

“We believe that the lost tax revenue will eventually be outweighed by the benefits of having more businesses manufacturing on Australian soil,” he says.

“The government should see this as an investment in our nation’s future.”

Madigan says his party will initially focus on the next federal election and hopes to field candidates for both the Senate and House of Representatives. But he says the party will also be “looking closely” at running candidates in upcoming state elections.

“When I talk to manufacturers and farmers, the overwhelming message I get is that they don’t believe anyone is listening to their concerns,” Madigan says.

“They are disillusioned with politicians on both sides of the fence who for years have claimed to be on their side but who have consistently failed to properly represent their views.”

“Despite years of promises from the major parties, manufacturers and farmers are still getting a raw deal in this country. That’s why I started the party.”

“Our manufacturers and farmers are not asking for a handout or even a hand up. They are simply asking for the government to create a level playing field so they are able to compete.”

“That is the message that needs to be heard in Canberra.”