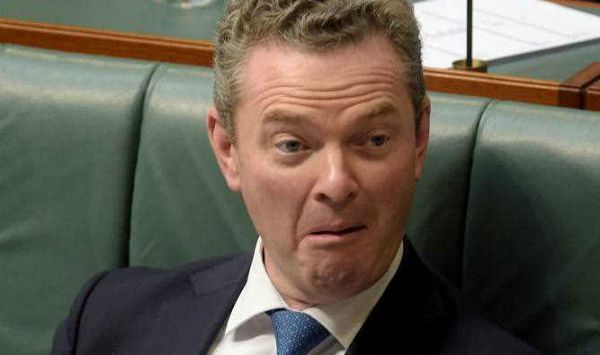 Education minister Christopher Pyne has been forced to clarify remarks made during Federal Parliament’s question time yesterday after he implied people who eat goat’s cheese are left-wing and elitist.

The minister has come under fire for accusing Labor of only representing voters who happened to eat goat’s cheese.

The comments have raised eyebrows among food producers, especially given that some of Adelaide’s finest cheese makers were in Canberra on Tuesday to showcase their products.

Pyne’s seat is based in South Australia and recent polling has suggested he is at risk of losing it at the next federal election.

The Liberal frontbencher turned to Twitter yesterday afternoon to defend himself, saying he loved goat’s cheese and the remarks were “just a throwaway line”.

Sheree Sullivan, founder of Adelaide-based cheese manufacturer Udder Delights, told SmartCompany while she wasn’t in Canberra for the Adelaide Hills regional roadshow, many people in the cheese industry have had a chuckle over Pyne’s comments.

“I definitely think they were off the cuff,” Sullivan says.

“But if you yourself aren’t a goat’s cheese eater you might think the people who do are really elitist. It’s quite funny – I had a bit of a chuckle. We don’t think of it as elitist at all.”

Sullivan says when she started her business in 1999 people’s attitudes towards goat’s cheese was very different to today and was a hurdle the business had to overcome through regular tasting demonstrations.

“I remember people coming up to me and they would say what have you got, and I’d say there’s this beautiful goat’s cheese from the Adelaide Hills,” she says.

“One in 10 would scoff it down knowing how good goat’s cheese was, but nine out of 10 would be dubious. 15 years ago goat’s cheese wasn’t part of the Australian food culture, but now it is. That’s why we’ve experienced growth. We specialise in really mild, creamy flavours. I know we’re not the only goat’s cheese maker in Australia to experience growth – the demand has been out there.”

Sullivan says she has 35 direct employees and she wished politicians would give as much attention to food manufacturing as they do to the automotive industry.

“If the government hasn’t recognised the growth then they need to start, because I know that about half of Australia cares where their food comes from and also the country of origin labels are partnering up after the food scare last year.

“People want to know their food has integrity – that’s only going to increase and goat’s cheese is part of that.”