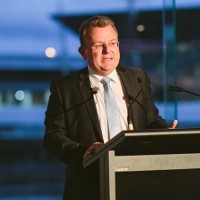 A “shockwave” has been sent through the small business community with Prime Minister Malcolm Turnbull announcing this afternoon Bruce Billson will be replaced as federal Minister for Small Business.

Victorian MP Kelly O’Dwyer has been appointed as small business minister and will also take on the role of Assistant Treasurer, a role previously held by Josh Frydenberg, who will now be Minister for Resources, Energy and Northern Australia.

Announcing the change as part of a wider cabinet reshuffle, Turnbull said as Assistant Treasurer, O’Dwyer will effectively be “the minister for revenue” and have responsibility for the tax system “which is at the very centre of our whole productivity agenda, indeed at the very centre of the small business agenda”.

“It is vital we have a tax system that is fair, efficient and creates the right incentives so that we can get the gains in productivity we need,” the Prime Minister said.

Turnbull described Billson as “an outstanding advocate for small business”. But he said Billson has decided not to “take up an offer that I made to him to serve outside the cabinet”.

“That is his call, he has been a very, very capable minister and he wants to take some time to reflect and I thank Bruce very, very much for his service,” Turnbull said.

Billion said on Sunday evening he had told the Prime Minister he wished to remain as Small Business Minister but was “advised that I would not be provided that opportunity”.

“My admiration and deep affection for the enterprising men and women of Australia and my passion for the ground-breaking policy work and initiatives we have pursued in partnership remain undiminished; however my ability to pursue this work at a Cabinet level has ended,” Billson said in a Facebook post.

“I will reflect on the next stage of my political career with my family and support network. I look forward to continuing to represent the wonderful Dunkley community with all of my energy and experience in the period ahead.”

The Council of Small Business of Australia this afternoon congratulated O’Dwyer on her appointment, but executive director Peter Strong said COSBOA members are shocked at the removal of Billson.

It follows a survey of SmartCompany readers last week in which 43% of survey respondents said they wanted Turnbull to keep Billson in the small business portfolio.

“A great minister doing a fabulous job, who has received intense praise from small business for his measurable level of success is no longer in the job. Did vested interests in big business successfully have Bruce removed?”

Strong said COSBOA hopes O’Dwyer and the Turnbull government “will continue the great work started by Bruce Billson and resist the misinformation run by some vested groups”.

“In saying that, the appointment of a woman into this role, who is also in cabinet, also augers well for the thousands of women, probably more than 1.2 million, who run their own businesses,” Strong said.

“Many of our members know Kelly and have worked with her in the past and look forward to the future. Collectively, we also look forward to working with other ministers in important roles associated with training, corporate issues, employment and red tape reduction.”

O’Dwyer was elected to the House of Representatives in 2009, representing the Melbourne seat of Higgins, and has served as Parliamentary Secretary to the Treasurer since December 2014.

Prior to entering politics, O’Dwyer practised in corporate law at Freehills and for several years was an economy policy adviser to former Treasurer Peter Costello in areas including competition law and competition policy, foreign investment, private equity, accounting policy and consumer protection.