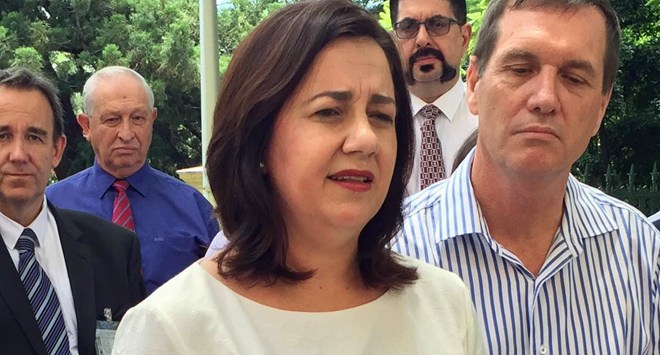 Queensland business owners will no longer be able to sell alcohol after 3am, as contentious lockout laws have been passed by the state government.

Similar to the lockout laws operating in New South Wales, the Alcohol Fuelled Violence Amendment Bill means nightclubs will need to start their last-drinks calls from 2am.

More than half of parliament spoke on the legislation during parliamentary debate, with the LNP opposing the laws.

As part of the agreement, from February 1 next year, a lockout at 1am will be imposed.

Similar to laws operating in Sydney, the lockouts will not affect gaming venues, with casinos and adult entertainment venues allowed to trade to 5am, but must stop serving alcohol at 3am. Other exemptions to the lockout include BYO restaurants and airport terminals.

Failure to comply with the statewide lockout could result in penalties of up to $11,780 for licensees or permit holders.

“The evidence is clear: reduced trading hours leads to reduced violence, and that’s what this Bill delivers,” she said.

“Doing nothing is not an option. I’ve spoken to countless doctors, nurses, paramedics, police, parents and grandparents who have urged me to take action to curb alcohol fuelled violence.”

However, Freelancer founder Matt Barrie, who is vehemently against the NSW lockout laws, told SmartCompany this morning the laws will have severe consequences for SMEs in the area.

“Prepare to see family run businesses go bankrupt, tourism dive, the social and cultural fabric of the state wane and Queensland’s reputation turn into an international embarrassment as it has done in Sydney,” he says.

Lobby group Our Nightlife Queensland has slammed the laws, telling Sky News the legislation is “draconian”.

In particular, Our Nightlife Queensland secretary Nick Braban said the lockout is misguided.

“The industry was ready and willing to accept reduced trading hours, but the lockout itself is a bad policy,” he said.

“Jobs are going to lost, businesses will close, musicians will struggle for gigs, youth unemployment will skyrocket.”

Braban also said the laws are unfairly slanted against small and medium businesses.

“The 1am lockout drives people into larger venues … because they know they will stay open later,” he said.

I can see the advertising now. Queensland – where the bloody hell are ya!

Really and you want to see more die but I will say there needs to be more done with where these people pick up the drugs they use then go ahead and wash them down with alchol making them monsters.
Once your in the place and the doors close then you can stay until you go outside but if you have to work the next day why are you still out after midnight anyway..

Settle petal. You don’t need the drugs to get you fired up. It’s probably best you stay at home.

like all ‘good’ politicians that are experts at using smoke and mirrors the lockout laws will appear to ‘work’ in the targeted areas where great statistical records will be kept to ‘prove’ their propaganda but conveniently fail to count the increase in crime in the areas not covered which become the lockout law ‘displaced’ violence areas.

Have we completely lost common sense in Australia????? Such a beautiful country but the law makers and the government are literally wrecking havoc to our economy and sustenance.

I don’t think Australia has a severe crime problem like New York city did with all the violence, drugs and shootings. When Rudy Giuliani was the mayor, he brought about a big change and the percentage of crimes had reduced dramatically.

THE SOLUTION TO REDUCING CRIMES ARE TOUGHER PUNISHMENTS! The idea of implementing steps to prevent crime is a great concept however it is not too practical in reality. The lock out laws are essentially generalising every single one of us and saying we are all capable of getting drunk and hurting someone or committing a crime!

Where does this stop? What is next? Stopping everyone from using their own cars because they may have an accident and hurt themselves or anyone else??? Will the government force everyone into using the public transport then?

Come on Australia, we are better than this. The law makers and government need to stop making Australia an international joke!

There is only one remedy for reducing crimes, tougher punishments! It is human nature to weigh out action versus consequence or reward. If the coward punchers realised the outcome of their action would be life imprisonment they would think twice about this atrocious action. If a drug supplier gets capital punishment for his/her actions they may think twice about doing that.

It is ironic that a dog that bites someone has to be put down immediately because it is considered a threat to society, whereas a coward puncher, drug supplier, rapists, pedophiles and every other criminal gets a much lesser verdict on punishments.

Common sense seems to be severely lacking amongst the decision makers of our nation. Sad state of affairs for all our future.