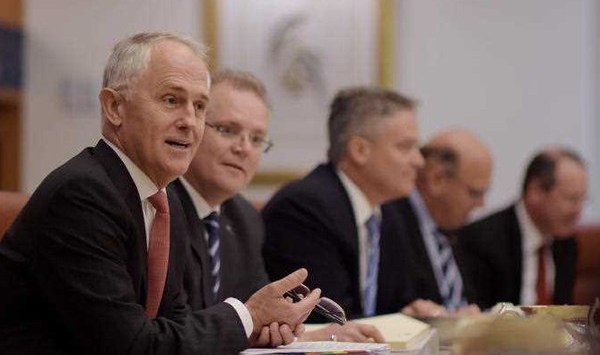 Prime Minister Malcolm Turnbull has revealed Australians will head to the polls earlier than expected if the Senate does not pass the federal government’s bill to re-instate the Australian Building and Construction Commission.

During a press conference this morning, Turnbull said the Senate will be recalled on April 18 in order to reconsider the ABCC legislation. The government will present the same bill to the parliament, opting not to re-word the legislation.

Should the bill not be passed, the government will then proceed to a double dissolution election.

If this occurs, an election will be held on July 2.

“This is an opportunity for the Senate to do its job of legislating rather than filibustering,” Turnbull said.

“The go-slows and obstruction by Labor and the Greens on this key legislation must end. The Senate will have an additional three sitting weeks to deal with the ABCC and registered organisations legislation … If the Senate fails to pass these laws, I will advise the Governor-General to dissolve both houses of parliament and issue writs for an election.”

The federal budget will be brought forward to May 3, instead of May 10.

Turnbull’s announcement will mean the independent and micro-party Senators will effectively have to choose between voting for legislation they have previously rejected or face the prospect of losing their jobs at the ballot box – unless, of course, the legislation is amended.

This morning Treasurer Scott Morrison was still saying the budget would be held on May 10.

The time for game playing is over. Parliament has been recalled to consider the ABCC and Registered Organisations Bills.

The construction industry is vital to our transition to the new economy. Additional costs of construction are a handbrake on economic growth

The shock announcement comes after Newspoll revealed Turnbull’s approval rating has fallen into negative territory for the first time.

“We need to get an election over and done with,” Strong says.

“Let’s get this out there and have the Australian people make a decision as soon as we can.”

“Smart Company”seems to be moving to “Smart Politics”. Leave it alone or loose it.