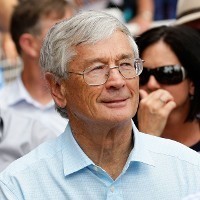 Millionaire entrepreneur and keen aviator Dick Smith has taken the first steps towards creating his own political party.

The founder of Dick Smith Electronics and Dick Smith Food told attendees at the launch of the Salvation Army’s Red Shield Appeal yesterday he has registered the business name “The Dick Smith Party”.

Speaking to SmartCompany this morning, Smith confirmed a political party is a possible outcome of registering the name.

Unlike fellow entrepreneur Clive Palmer MP, the 71-year-old has ruled out running for public office himself, he says the plan would be to support “some young people” as candidates, saying he already has some “very good names” on his radar.

Smith’s motivation comes from his interest in population sustainability and his anger at claims by governments that they are slashing red tape, when Smith says small Australian businesses are being “destroyed” by over-regulated industries, including the aviation industry.

“Some people involved in environmental sustainability approached me about 12 months ago and they had done some surveys that showed if they had the Dick Smith name on a political party, they could get some candidates into the Senate,” Smith says.

“I wasn’t interested at the time but I am so angry now about what is happening in general aviation with this government, I am prepared to do it now.”

“They say they are going to remove red tape but they do the opposite and no one does anything about it.”

Smith says small businesses in all sectors of the Australian economy are burdened by over-regulation and the general aviation industry is a prime example.

He points to new rules around the renewal of pilot licences introduced in December, which he says cost “millions of dollars” but with little benefit in terms of safety.

“We have a safety authority that just keeps on making more expensive rules,” he says.

While Smith has found success as a serial entrepreneur, he says the greatest barrier for entrepreneurs wanting to start a small business in Australia today is “red tape over-regulation”.

“We have a government that lies to us,” he says.

“We were told if we elected the Coalition they would reduce red tape, but they have done the opposite.”

“I believe Tony Abbott and the other ministers want to do it but they have no control over the bureaucracy, which runs rampant.”

“Ask any small business owner to point to a piece of red tape that has actually saved money.”

Smith says the level of government regulation faced by Australian SMEs is also putting local companies at an international disadvantage.

“A lot of small business in aviation face what I call a regulatory tariff,” he says.

“We’re meant to have a relatively free market in aviation but because the regulation makes it more expensive for small businesses, they can’t compete.”

“And the Americans and Europeans are just laughing at us and making millions.”