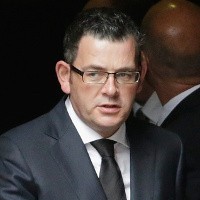 Victorian bosses will pay $543 million for the state’s almost two million employees not to come to work on Grand Final Friday if the state government proceeds with plans to make the day a public holiday, the peak tourism body in Victoria says.

“These industries face the difficult choice between remaining open and paying incredibly high penalty rates, or closing and losing sales or production,” the council said.

Dianne Smith, chief executive of the council, told SmartCompany the AFL Grand Final public holiday is “a bit of a double-whammy” for business after the Andrews government also made Easter Sunday a holiday.

“We believe it’s going to have significant negative implications for productivity,” Smith says.

“We feel it’s not a necessity – there’s a productivity issue.”

“We love major events and we honour special occasions but this is going a bit too far,” Smith says.

Victorian Premier Daniel Andrews revealed the plan in February to introduce a public holiday before the AFL Grand Final, saying at the time the holiday would add to the $40 million economic boost the state receives from the sporting event.

But business groups have slammed the move, as well as suggestions this week the traditional Grand Final parade will be moved out of the Melbourne CBD because there will be fewer workers in the city that day.

“The government tried to win the hearts and minds of the public” by creating the holiday, Strong says, but instead will cost business owners.

“(It’s) quite a bizarre decision.”

The Victorian Employers’ Chamber of Commerce and Industry has continued its campaign against the Grand Final eve public holiday, saying the mandated day off will cause higher wage costs for small business and lost productivity.

“(Changing his mind) would allow Victorian companies to save over $600 million in lost time and penalty rates for that one day and for the grand final parade to be a success in the CBD,” Stone said.

“Businesses from across Victoria have contacted VECCI asking us to see if we can have this decision retracted, and we’ll continue to campaign on their behalf.”

Following earlier moves to consider the changes, the AFL yesterday came out with a more conciliatory position on the parade, saying there is an opportunity to bring people outside of Melbourne to the final parade.

AFL football operations manager Mark Evans told the ABC the AFL is now working out how to make the parade bigger and better.

SmartCompany contacted the office of Premier Daniel Andrews for comment but has not received a reply before publication deadline.