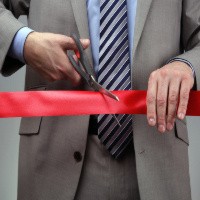 The stock of active businesses in Australia declined by around 60,000 in 2012-13, according to a discussion paper released in December by the Productivity Commission.

The discussion paper is part of the commission’s ongoing inquiry into the barriers to setting up and closing or transferring business in Australia, announced by the federal government in November 2014.

According to the paper, more than two million businesses were operating across the country at the end of the 2012-13 financial year. During that year, 240,000 new business were established or recommenced operations, while 300,000 businesses closed or suspended trading, leading to a decline in the overall stock of Australian companies.

Peter Strong, executive director of the Council of Small Business of Australia, told SmartCompany there are a variety of reasons why companies close, at least 10,000 of the businesses that closed during that time did so because of insolvency.

Strong welcomed the release of the discussion paper, which indicates the inquiry will take a magnifying glass to the red tape involved in setting up a business, access to markets for new entrants, access to finance and payment systems, and foreign investment.

The commission will also be inviting submissions on the state of personal and corporate insolvency regimes, regulation around the transfer or sale of a business and attitudes to innovation and risk in the Australian business community.

‘We will definitely be making a submission to the inquiry,” he says.

While Strong says it is important for the commission to consider the costs of starting up a business in Australia, he is particularly pleased to see the focus on the challenges facing business owners who want to close their business as this is “a big area of concern”.

“There are many reasons you may want to exit and it can be quite difficult and distressing,” he says.

Strong says there is scope to streamline a number of aspects of selling or closing a business including transferring business names, changing finance arrangements and the costs associated with informing suppliers of new ownership arrangements.

And he believes there is even more scope to eliminate these kinds of costs in franchised businesses, where he says “not all but most hide a lot of costs” associated with selling a franchise. Equally, there are hidden costs for small businesses located in shopping centres.

While Strong says the numbers of closing businesses outstripping new businesses are “concerning”, he says it will be important for the commission’s inquiry to examine the industries in which these companies operate.

“How many are in construction, how many in retail,” he says. “There might be consolidation or acquisitions.”

“The message we want out of this is we need information to make proper comment and that’s hopefully what the inquiry will bring.”

Interested parties have until February 20 to make an initial submission. A draft report will be released in May.