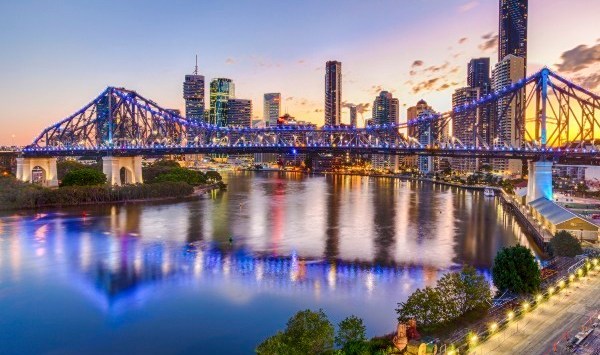 Queensland has a new Labor minority government, led by Annastacia Palaszczuk, after the shock defeat of the Liberal National Party. Labor’s pre-election promises were “modest”, leaving many now wondering about the new government’s policy agenda. So in this series, experts examine some of the big challenges facing Australia’s third biggest state.

As you meet with Queensland business leaders on Tuesday and get down to the business of governing, you’re sure to face many immediate preoccupations and challenges. But considering the economy was the dominant issue of this election, I would like to provide three pieces of advice for your new Labor minority government.

The economy is ultimately about people

First of all, I would encourage you to remember that the ultimate objective of economic policy is to promote inclusive economic growth and welfare. I use the word inclusive here to mean that all individuals, especially those at the bottom end of income distribution, should be guaranteed access to the benefits and opportunities arising from the increasing pace of economic activity. It is only by being inclusive that growth can effectively generate “development”.

Budget, taxes, debt and expenditure are only tools that the government can use to achieve the fundamental goals of inclusive growth and welfare. Unfortunately, in the recent past both the federal and Queensland governments have mistaken tools for objectives.

This has led to a policy of “minimisation”: to minimise debt, minimise deficit, and minimise expenditure. This is hardly a good way to run fiscal policy. On the contrary, inclusive growth and welfare become more difficult to achieve when the only purpose of policy is to shrink the size and scope of government, thus compromising its ability to supply public goods and to stabilise the economy against cyclical shocks.

There are two important features that should instead characterise good fiscal policy.

One is the synchronisation of expenditure with the business cycle. Cutting expenditure just to balance the budget in a time of economic contraction will only make the contraction worse. Conversely, when the economy slows down, the government should increase expenditure and possibly run a deficit. This will help the economy recover.

That is not just theory: my own research on Australia indicates that one extra dollar of government expenditure generates more than one dollar of gross domestic product (GDP). I have done similar research for Queensland, which is yet to be published but which found a similar result.

The second feature of good fiscal policy is attention to quality considerations in public investment. It is rather common to think that economic growth is just a matter of investment, and hence that the best (and possibly only) way in which governments can support growth is by throwing money into some infrastructure projects.

Similarly, the growth payoff from building a tunnel that does not really address any transport bottlenecks or does not facilitate connectivity between market nodes is going to be small. I guess that the general message here is: public investment in infrastructure is not a panacea, and there is more that the government should/can do to promote inclusive growth.

My second bit of advice Premier is to get some perspective on the “debt problem” of Queensland.

There is no question that Queensland debt has grown considerably since 2006-07, and that today the debt to GDP ratio in Queensland is higher than in the rest of Australia, as I showed in a recent article.

But from a policy perspective, what matters is not much the comparison with other states, but instead the extent to which debt is sustainable. Sustainability refers to the dynamics of the debt to GDP ratio in the long-term. It is a simple matter of algebra to show that debt is sustainable as long as the economy grows sufficiently fast.

So, the issue of sustainability is essentially a question of economic growth. If in the attempt to reduce debt you were to undertake cuts or actions that undermine the growth potential of the economy, then the debt problem would simply get worse.

Now, this does not mean that Queensland should take a course of fiscal profligacy. It means, however, that there is no need at this stage to make drastic measures to repay debt. The type of counter-cyclical fiscal policy previously described, coupled with sound interventions in support of growth, will be enough to prevent further debt accumulation and hence to ensure its sustainability.

I welcome your government’s decision to re-consider the proposed plan of asset privatisations. It is the wrong response to a problem that does not require any such strong choice.

From an economic perspective, there is simply no evidence to support the notion that the private sector always does it better. Certainly, there are several examples of successful privatisations of public assets. But there are also many instances where privatisation has not resulted in a decrease in price and/or an increase in consumer’s satisfaction.

What does the economic data tells us?

And this brings me to the last bit of advice: make sure that your team takes a comprehensive look at the economic data before making any big decisions.

If good fiscal policy means that government expenditure must be synchronised to the business cycle, then the government must be able to identify and even predict the phases of the cycle. This in turn requires making the most efficient use of the large volume of statistical information that is available today. That is, good economic policy must be guided by a good understanding of the economic data.

A good look at the data is also important in terms of communication. I do not think that it helps the cause of any government to advertise a strong economy when – as is the case in Queensland today – gross domestic income per capita is declining, the only jobs that are being created are part-time, and the unemployment rate is higher than what it was three years ago (with or without seasonal adjustment).