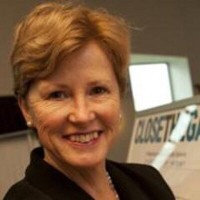 Senator Milne announced her decision on Twitter earlier today, also revealing she will not be contesting the 2016 election.

Feeling optimistic, proud & sad to announce I’m not contesting 2016 election, and so I resign as Leader of Australian Greens

“Feeling optimistic, proud and sad to announce I’m not contesting 2016 election, and so I resign as Leader of the Australian Greens,” Milne said.

Di Natale was elected as the new party leader unopposed in a party ballot today. Larissa Waters and Scott Ludlam have been elected as co-deputies.

The Greens party said last month it will support the government’s proposed small business tax cut, to be included in next week’s budget, so long as the Coalition also reinstates two small business measures it scrapped when it day away with the mining tax.

Speaking to SmartCompany in April, Greens Senator and small business spokesperson Peter Whish-Wilson said his party will support legislation for the tax cut if the government re-introduces an instant asset write-off scheme with an increased threshold of $10,000 and restore the loss carry-back scheme that allowed companies to carry-back up to $300,000 as a refundable tax offset for us to two years.