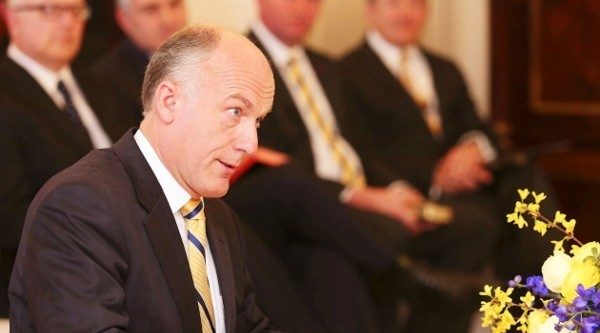 Senator Eric Abetz has told the Young Liberal Federal Convention he believes the small business portfolio belongs in cabinet—and in the hands of the Liberal Party, not the Nationals—in order to fix the reality that SME owners are still “the forgotten people”.

In a speech delivered on Saturday, Abetz, who held the federal employment portfolio between 2013 and 2015, said advancing the small business community is both an “economic and social good”, and proposed a four point “practical” agenda to address small business needs.

This included bringing the small business back into cabinet “fully seasoned with its perspective”, and ensuring the portfolio is covered by a Liberal Party representative.

“Anyone who knows me knows this isn’t anti-Coalition or the current Minister. It’s just that this is a key portfolio for the wellbeing of our country and our political survival in marginal/suburban seats—Liberal heartland,” he said.

“Too often the sector can rightly be described by the Menzies phrase: ‘the forgotten people’,” Abetz said.

Current Small Business Minister Michael McCormack is the ninth minister to hold the portfolio over the past decade, and the first representative from the Nationals Party. The small business portfolio was moved to the outer cabinet when McCormack took over the ministerial post in July 2016.

“I’m pleased the Senator—like all members of the Coalition—is so passionate about small business and I look forward to working with him to get the Government’s small business policies and positive plan through the senate,” McCormack says.

McCormack also highlighted the legwork he has been doing in the portfolio to connect with business owners in smaller business centres across the country.

“I’ve been all over the nation—to every state and territory in capital cities and suburban communities, as well as, importantly, our regional towns and villages—talking to small businesspeople about how the government can help them succeed,” he says.

Last week Senator Abetz weighed in on debate surrounging the Fair Work Commission, after vice-president Graeme Watson resigned from his post with claims the tribunal was partisan and unpredictable. Abetz told Fairfax the commission needs to use the criticism to take “a very close look” at its operations.

In his speech at the weekend he also proposed a small claims tribunal as a way to address conflicts between small businesses and the Australian Taxation office, suggesting small businesses could never match the “size and legal fire power that the ATO can muster”.

Peter Strong, chief executive of the Council of Small Business of Australia, says while many of his members are quite happy with the operations of the tax office, the transparency offered by Abetz’s suggestion could be worthwhile.

“I like that idea, because the beauty of that is that we’re still using political footy when people want to attack the tax office,” Strong says.

“That would make things a lot more transparent.”

Abetz’s interest in the portfolio is a good thing for small businesses, Strong says, given the priorities of SMEs haven’t always been at the top of the federal government’s agenda.

“Good on Eric Abetz—[we’re] seeing both parties focus on small business, for too long they didn’t,’’ Strong says.