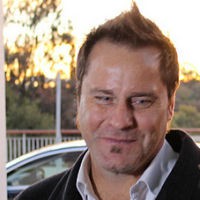 Greens Senator Peter Whish-Wilson has been stripped of the small business portfolio, despite his experience running a small business and willingness to work with the Liberals in order to introduce an effects test.

McKim was previously a Greens MP in the Tasmanian parliament and was the education minister in the former Tasmanian Labor-Greens government.

Peter Strong, chief executive of the Council of Small Business of Australia, told SmartCompany it is odd the small business portfolio has been taken from Whish-Wilson given his work in raising the Greens’ profile among small business owners.

However, Strong adds that he is hopeful McKim will continue Whish-Wilson’s work in championing issues such the need to introduce an effects test into competition law.

“The Greens had really no reputation about small business before him – the general opinion from the sector was they didn’t get us.”

“But when Whish-Wilson turned up and had all the credentials, he has obviously been able to get other people in the party to get it. But if Whish-Wilson is still handling trade and we get another person who gets small business for us, then that’s a good thing,” Strong adds.

Strong says around 12% of self-employed Australians vote for the Greens and it is encouraging to see the party stand up for those people.

“Going back a few years, we’d talk to the Greens about small business as being people and you could see the perplexed look on their face because it didn’t fit in with their philosophy,” he says.

“But now they realise we’re not the enemy.”

In a statement issued earlier this week, McKim said he is looking forward to championing entrepreneurship.

“I will be a fierce advocate for small business and will continue the great work done by Senator Peter Whish-Wilson to ensure they get a level playing field to compete with the large corporations,” McKim said.

“The Greens will present an alternative vision for the economy that looks to the innovators, small businesses and entrepreneurs to generate sustainable wealth and prosperity in the 21st Century.”

SmartCompany contacted McKim for further comment but did not receive a response prior to publication.