Senior Libs and Nats divided over effects test: The politicians for and against competition reform revealed 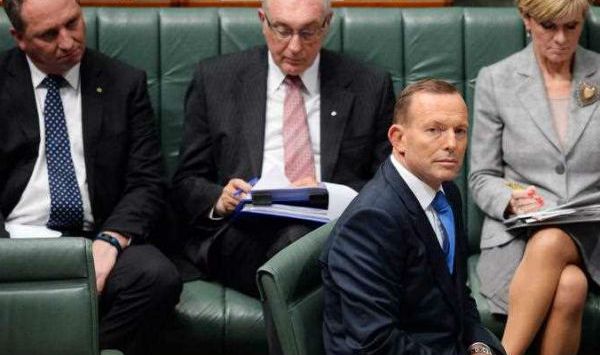 Senior National and Liberal MPs are divided over whether to introduce an effects test into Australian competition law.

Nationals heavyweights including deputy prime minister Warren Truss and agriculture minister Barnaby Joyce are believed to be in favour of giving greater protections to small business owners and farmers despite cabinet effectively leaving the issue dead in the water.

However, small business minister Bruce Billson is continuing to push for reform as a necessary step in order to promote innovation and create jobs.

So far, Billson is the only senior Liberal in cabinet publicly backing the introduction of an effects test, although a spokesperson for deputy Nationals leader Barnaby Joyce told SmartCompany this morning the minister’s views about the need for an effects test are “well known”.

Sign the SmartCompany and Council of Small Business of Australia petition calling on the government to stand up for small business.

At yesterday’s party-room meeting, Prime Minister Tony Abbott said the Coalition “shouldn’t be too theological about the Harper Review”, according to a government spokesperson.

The Prime Minister did not indicate whether cabinet would reconsider the effects test in future meetings and the spokesperson for Joyce said the minister “will not discuss cabinet deliberations”.

This is despite at least five government backbenchers speaking in favour of competition reform at the party-room meeting.

The majority of MPs that spoke in favour of an effects test are from Queensland and South Australia.

South Australian Liberals are potentially facing an electoral wipe-out in their home state at the next federal election, while Queensland MPs who caucus with the Liberals remain close to the National Party due to the merger between the two parties in Queensland.

Meanwhile, Billson has denied his push for an effects test has been “rolled” by cabinet, telling Sydney’s 2GB there was still a “very strong case” for changing Section 46 of the Competition and Consumer Act.

“It is possibly the weakest [misuse of market power provision] of its kind anywhere in the developed world,” Billson said.

“No other economy in the world has such a weak provision dealing with dominant businesses able to use their economic muscle – not to win the contest to delight customers, not to support economic growth, competitiveness in the economy and outcomes for consumers – but to take out businesses or to fortify their positions so that new entrants don’t get a chance to take on established players.”

Billson said cabinet has “not concluded its deliberations” on the effects test, but he hoped Section 46 would be changed to protect small businesses and help disruptive startups take a slice of the Australian market.

“The law currently doesn’t achieve that ambition,” he said.

Opposition treasury spokesman Chris Bowen has previously indicated Labor will side with big business and oppose the introduction of an effects test.

However, Greens Senator and small business spokesperson Peter Whish-Wilson told SmartCompany his party strongly supports the introduction of an effects test and would be happy to work with the government in order to broaden Australia’s competition laws.

“We had a policy going into the 2013 federal election to reform Section 46 to bring in an effects test,” Whish-Wilson says.

“I have written to the Prime Minister a month ago to bring legislation to the Senate so that between the Liberals and Greens we can pass this and stand up for small businesses and farmers.”

“We think it’s essential to have a level playing field in terms of competition in this country.”

SmartCompany contacted Warren Truss but a spokesperson for Truss declined to comment.