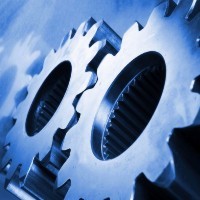 Prime Minister Malcolm Turnbull emerged victorious from his leadership coup promising to put the economy on the right track.

The former communications minister believes Australia needs a leader who is able to communicate the “great challenges” that lie ahead and set out a clear path to economic reform.

“The Australia of the future has to be a nation that is agile, that is innovative, that is creative,” Turnbull said after winning the Liberal leadership ballot on Monday evening.

“We can’t be defensive, we can’t future-proof ourselves. The disruption that we see driven by technology, the volatility in change, is our friend if we are agile and smart enough to take advantage of it.”

The Turnbull government is likely to find it easier to pass legislation in the upper house due to the Prime Minister’s promise to listen and compromise.

Independent and micro-party senators including Jacqui Lambie, David Leyonhelm and Dio Wang have all indicated they prefer Malcolm Turnbull to Tony Abbott.

With that in mind, here are six things Malcolm Turnbull should reform in order to help small business and get the economy firing.

The effects test will now be properly examined by cabinet thanks to the renegotiated Coalition agreement Turnbull has struck with the Nationals.

Giving farmers and small business owners greater protections from anti-competitive behaviour is a key part of Nationals’ policy, however the renegotiated Coalition agreement means Turnbull has only promised to properly debate the issue rather than push through with it immediately.

Updating Section 46 of the Competition and Consumer Act is high up on the wish-list for small business owners, who say big business has nothing to fear from reform if they do nothing wrong.

Penalty rates and awards are a massive issue for small businesses across the country.

This is because small businesses do not have the same resources at their disposal in comparison to big companies to cover increasing wage costs.

A small company’s bottom line is much more likely to be affected by paying Sunday or public holiday rates in comparison to a retail or supermarket giant.

The small business community is waiting for the Productivity Commission’s final say on penalty rates and awards, however a draft report indicates the commission supports a cut to Sunday penalty rates.

Peter Strong, chief executive of the Council of Small Business of Australia, told SmartCompany this morningreform in this area is critical.

“It would increase the satisfaction at work as well as workers also get confused about this,” Strong says.

Whatever the findings of the Productivity Commission, small business will be looking for leadership from the government.

The Productivity Commission is also examining Australia’s unfair dismissal laws, with the view of making the Fair Work Act less confusing and complex for employers.

The overwhelming majority of small business owners are not legal experts, so making unfair dismissal and anti-bullying provisions simpler and easier to understand will be a big boost for small business confidence.

After all, unfair dismissal claims account for more than a third of disputes between employers and employees.

Strong argues there is a “lot of confusion and misinformation” surrounding unfair dismissal rules.

“If there are just two people in the workplace and you don’t get on, you should move on and not carry on about it,” he says.

Turnbull has made a large chunk of his own wealth from venture capital, so it only makes sense for the Prime Minister to bring his personal experience and knowledge in the area of financing a business to government policy.

This is particularly the case given the new PM has already talked so much about the need to embrace market disruption.

As many as 28,000 small businesses in Australia are facing dire financial constraints, according to recent research by the Institute of Public Accountants and Deakin University.

The Coalition has previously indicated its willingness to overhaul Australia’s income tax brackets due to the government’s reliance on a narrow tax base.

The top 10% of Australian taxpayers pay nearly half of all income tax collected by the Federal Government.

However while current treasurer Joe Hockey identified the issue he didn’t outline how he proposed to fix the problem.

This presents an opportunity for Turnbull to push forward with reform if income tax is to be on his government’s agenda along with broader tax reforms.

Before losing the prime ministership, Tony Abbott said there was a “powerful” argument for increasing the rate of the goods and services tax from 10% to 15%.

The government will likely have more to say about the GST in the next few months as part of its tax reform agenda.

While the Coalition has said it will not lift the GST without the unanimous consent of the states, it could take a GST hike to the next election.