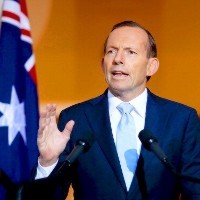 Prime Minister Tony Abbott has bowed to pressure to pare back his promised paid parental leave scheme and small businesses will be hurt the most.

Abbott announced yesterday that he will water down the policy and the money saved will be diverted into childcare.

The paid parental leave scheme will be relaunched as a broader package early next year which will also include a childcare subsidy for nannies.

The scheme is scheduled to commence on July 1, 2015 but Abbott has been under pressure from his own party to dump it. He first announced the scheme as opposition leader on International Women’s Day in 2010.

The paid parental leave scheme, which Abbott made a core election promise, would pay a woman her full wage plus superannuation for a duration of six months, capped at salaries of $150,000 or a payment of $75,000.

Abbott tried to blame the previous government for his backflip saying when he promised the paid parental leave scheme the government was forecasting a surplus budget.

“Plainly we’re not back in strong surplus.”

However, the scheme was never going to be funded through surplus, instead through a 1.5% levy on Australia’s 3000 largest businesses.

Abbott would not give details of the cuts to the scheme but said he and his minsters would be looking at the Productivity Commission report on childcare over the summer.

“We will still have parental leave based on a woman’s real wage. It will still include super.”

Abbott said small business would still benefit from the scheme.

“It will still particularly advantage a small business that will for the first time have access to a universal paid parental leave scheme but it will also support childcare too,” he said.

But diversity strategy and compliance consultant Prue Gilbert told SmartCompany small business will be the main losers if the paid parental leave scheme is watered down.

“Without it they can’t compete in the same way with big business,” she says.

Gilbert says the government appears to be confused about its strategy.

“What is missing is a proper understanding of what is needed to increase female participation in the work force and work backwards from there,” she says.

She says she is supportive of expanding childcare support and expanding it to nannies but not as a byproduct of penalising high earning females.

“I think the paid parental leave scheme is still misunderstood in terms of the benefits that it provides to broader society, particularly in the context of women who are the primary breadwinners,” she says.

The current paid parental leave scheme, set up by Labor, enables the payment of the minimum wage to all women who have children for 18 weeks, earning about $11,000.