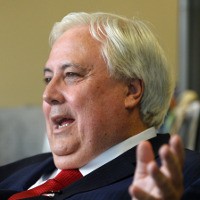 The federal government has succeeded in repealing the mineral resource rent tax following a deal reached with the Palmer United Party, but tax experts warn small businesses could be stung by the axing of measures funded by the tax.

Originally, the federal government’s bill to repeal the mining tax aimed to discontinue or re-phase the measures that were intended to be funded by the mining tax.

As a result of negotiations with the PUP, the federal government agreed to retain three of the eight spending measures funded by the MRRT until after the next federal election, including the schoolkids bonus, the low-income super contribution and the income support bonus.

However Mark Chapman, head of tax with lobby group Taxpayers Australia, told SmartCompany measures available for small businesses as part of the MRRT were not retained as a result of the negotiations.

“It means the abolition of the loss-carry back provisions for small business, reducing the instant asset write-off threshold from $6500 to $1000, and axing accelerated vehicle depreciation. All three measures have been abolished immediately,” Chapman says.

“The federal government says $10 billion will be saved by the abolition, but that will be $10 billion that comes out of the pockets of small businesses.”

“The package to abolish the mining tax has been poorly implemented – it has created millions of losers and left just a few mining companies as winners.”

Chapman says while the previous federal government’s compromises led to a version of the mining tax that was flawed in the sense that it didn’t raise any significant amount of revenue, the underlying principle of taxing mining rents remains sound.

“The design was hobbled, but it doesn’t mean the principles behind the tax were bad,” he says.

In December of last year, ACCI called on the federal government to retain the measures for small business by decoupling them from the mining tax. The comments found support from a surprising collection of groups, including the ACTU and the Ai Group.

The mining tax repeal will also mean the compulsory superannuation guarantee will be frozen at 9.5% for the next seven years. It will then increase by 0.5 percentage points per year until it finally reaches 12% in 2025.

In a statement, Australian Industry Group chief executive Innes Willox welcomed the delay in the scheduled increase in the superannuation guarantee, as well as the certainty it provided.

“Australia has become a high-cost, low-productivity country and the delay in the imposition of a rise in costs of employment will provide welcome relief over the next few years. The delay will give business an opportunity to build the productivity growth necessary to sustain the rise in the superannuation guarantee,” Willox said.

However, Association of Superannuation Funds of Australia chief executive Pauline Vamos raised concerns about the impact of the superannuation guarantee changes on low-income earners.

“The reality is, at the present superannuation guarantee rate of 9.5%, most people will not build up enough super to provide them with adequate financial security when they finish working. This is why ASFA has consistently held the view that the original timetable for phased increases should be maintained,” Vamos said.