SMEs in NSW set to benefit from a revamped JobSaver 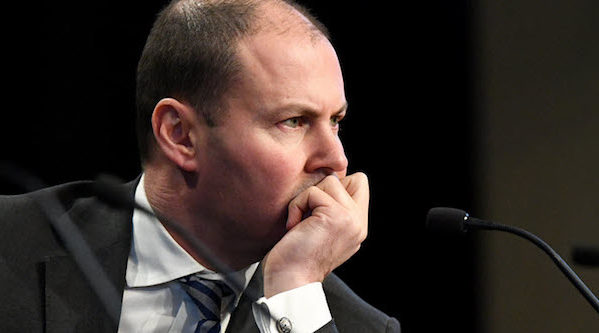 The federal government has rejected an appeal from the NSW government to help flailing small-to-medium businesses amid what some are calling a “lockdown-lite” in the state.

Premier Dominic Perrottet and Treasurer Matt Kean have revamped their 2021 JobSaver scheme, which boosted businesses with weekly payments from $1000 right up to $100,000 (depending on their size).

The scheme was designed to be a salve for last year’s Delta outbreak, which saw statewide lockdowns come into force — but this year’s version will apply to small and medium-sized businesses only.

The idea is to help NSW businesses shore up staffing levels and boost customer bases as Omicron keeps consumer confidence low, but fewer than last time would be eligible under the new rules.

New measures designed to ease the pressure — including removing the isolation rule for essential workers who are close contacts — are only seeing a trickle of results, with employees returning to distribution centres at a rate of 2% a day while about 30% of staff at meat processing centres remain absent.

The NSW government appealed to Treasurer Josh Frydenberg to co-fund the new JobSaver scheme — last year’s was a state-Commonwealth combo — but Frydenberg rejected the idea.

After consulting with Prime Minister Scott Morrison and Finance Minister Simon Birmingham, Frydenberg reportedly felt that short-term relief should be state-funded alone, something Kean already committed to should the federal government keep its purse strings tight.

It comes as some experts are saying the highly viral Omicron outbreak may be either approaching a peak or already peaking. There were nearly 53,000 cases recorded yesterday, compared to 128,000 cases recorded just two weeks ago on January 13.

But yesterday was also the second-most deadly of the pandemic, with 87 deaths reported.

Also on Frydenberg’s plate is a crucial pre-election budget to be handed down in March, ahead of schedule this year by some two months allowing the government to put the election off until May.

The Coalition is hoarding a hefty war chest for the campaign — in December’s Mid-Year Economic and Fiscal Outlook, $15.9 billion was allocated towards “decisions taken but not yet announced and not for publication” over the forward estimates, compared to last year’s $1.5 billion for unannounced spending.

Last month, Frydenberg told a news conference the expectation was that Omicron would not derail our pandemic recovery.

“A grim eight years”: Greens policy aims to even the playing field for women-led businesses

The Greens are initiating gender responsive support to women-led businesses, having just announced a new policy that will look at generating more employment and greater economic opportunities.

A Hawke-era jobs summit would be a silver bullet for our workforce, Labor says. But would it work?

Opposition leader Anthony Albanese says a jobs summit would help tackle unemployment and underemployment as the workforce struggles amid the pandemic.