SMEs unhappy with the government’s performance as global uncertainty reigns 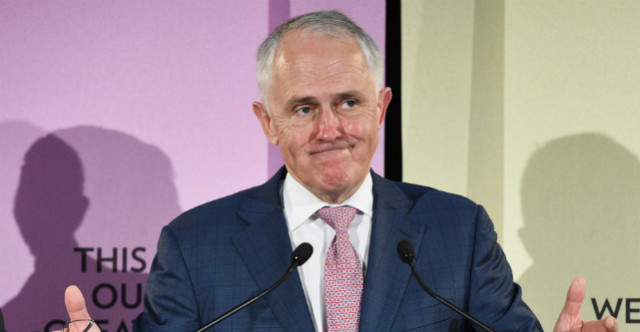 Two recent surveys of SME owners across the country have revealed widespread dissatisfaction with the federal and state governments.

In a survey of over 1000 business owners in Australia, accounting software company MYOB found only 22% of SMEs are satisfied with the federal government’s performance.

Thirty-three percent claimed they were dissatisfied, and the remaining 44% were on the fence, being neither satisfied or dissatisfied.

Those dissatisfied with state governments was at 40% overall, but opinions varied from state to state. Queensland SME operators were the most unhappy with their state politicians, with 51% being dissatisfied, while only 29% of Victorian business owners said they were displeased.

These results from MYOB echo results from a similar survey of over 500 SMEs from business management software company Sage. According to Sage, 46% of small business owners feel they are not adequately represented by politicians.

On top of this, 19% believed a lack of business infrastructure would be a challenge for Australian businesses in 2017, along with 12% claiming too much red tape to be an issue as well.

Nearly three-quarters of businesses surveyed felt they dedicated too much time to administration, wanting to focus on tasks to benefit growth instead.

Uncertainty contributing to lack of confidence

Chief executive of MYOB Tim Reed told SmartCompany a lack of confidence in government is generally tied to high levels of uncertainty.

“Lack of faith in our government is linked to a reasonably high level of uncertainty with business owners who typically like certainty,” Reed says.

“Some of that uncertainty is global, but some is directed at the Australian political system. Although SMEs may like the policies put through by the government, they’re often unsure if the bills will get through the senate.”

Moore is calling for more support from the government surrounding payment security in the construction sector, calling the legislation “fragmented”.

“Australia has fragmented legislation to deal with security of payments in the construction industry. We need to be better supported by the government, so we can focus on doing the job, and getting paid for it,” Moore says.

Reed believes the government has been putting forward “great legislation” for SMEs, like the $20,000 instant asset write-off, implemented almost two years ago. Calls have been made to extend the scheme an additional 12 months, with small business minister Michael McCormack pushing for this in the lead up to the budget.

A massive 68% of business owners surveyed by MYOB supported keeping the asset write off as a permanent policy, a move Reed is also pushing for.

“Widespread support for the instant asset write-off has been in our survey’s top findings since the policy was introduced, and it’s easy to see why,” he says.

“Business owners we speak to say the legislation makes perfect sense, and it shows the government understands the cashflow implications for businesses.”

When it comes to other policies that help his business directly, Moore believes more action should be taken on workers’ compensation and business insolvency rates.

“SMEs in the construction industry are under increasing pressure, with rising costs and increased operational risks,” Moore says.

“The cost of workers’ compensation is crippling small businesses, and the unacceptably high rate of business insolvency is impacting stakeholders from the top right down to solo-tradie.”

Other key findings in MYOB’s survey show significant support for government incentives to employ both older and younger workers. Fifty-nine percent of respondents supported incentive bonuses for hiring workers over fifty, and 51% supported offering a wage subsidy for getting younger workers on board.

“Jobs change, so there might be some reskilling needed for workers over 50 if they’ve been out of the workplace for a period of time,” Reed says.

“A government-supported one off investment in their skills could deter businesses from hiring one worker over another.”