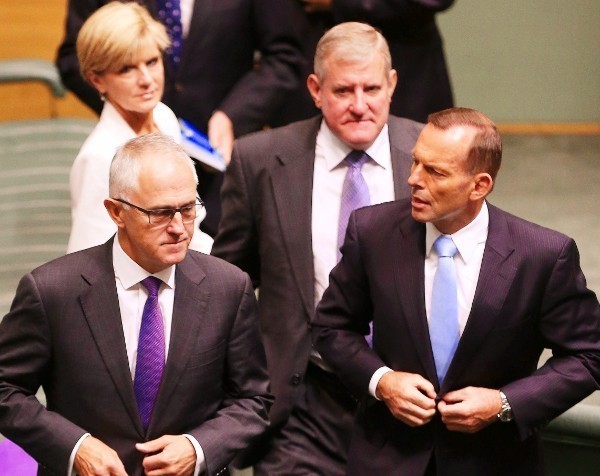 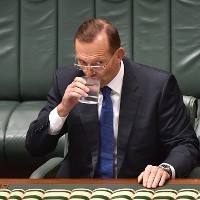 It’s been less than three weeks since Prime Minister Tony Abbott staved off a challenge to his leadership, but Liberal Party backbenchers have reportedly told Communications Minister Malcolm Turnbull he has the numbers to become Prime Minister.

The ABC has spoken to ministers and backbenchers who said Turnbull would have enough votes to win the leadership, but the Communications Minister has not publicly declared he would be interested in another turn as party leader.

Any challenge to the leadership would have to pass the first hurdle of a successful spill motion in the Liberal Party room. Only then would a vote take place for the prime ministership.

Earlier this month, a motion to spill the leadership positions of the party was defeated, 61 votes to 39.

Abbott said after the meeting the Liberal Party had dealt with the spill and “now the matter is behind us”.

“We want to end the disunity and the uncertainty, which destroyed two Labor governments and give you the good government that you deserve,” Abbott said on February 9.

Speaking to SmartCompany after the party room meeting that morning, Small Business Minister Bruce Billson said it was “back to business and back to implementing our economic strategy and for me working on the small business package for the budget”.

But a poll of SmartCompany readers the day after the spill found 72% of small businesses think Tony Abbott’s time is limited.

Of the 466 small businesses surveyed, 72% said Abbott would not survive as Prime Minister, while 28% said he can hang on. Close to 60% of survey respondents tipped Abbott will be replaced by the time of the federal budget in May.

But while the spill motion on February 9 was initiated from the backbench, the ABC reports some backbenchers are keen for any future challenges to be led by cabinet ministers.

However, any ongoing leadership speculation is likely to further damage the confidence of Australian businesses.

“It’s a joke,” says Peter Strong, executive director of the Council of Small Business of Australia.

Strong told SmartCompany the government needs to put the instability to rest.

“If I was running a company and I had this, you would fix it one way or the other for the sake of the company,” he says.

“It’s not debatable. It has to be fixed.”