StartupAUS and AVCAL call government to task for funding shortfall 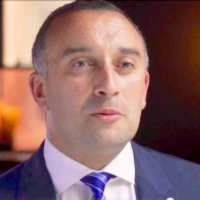 Both StartupAUS and the Australian Private Equity and Venture Capital Association (AVCAL) have called on the federal government to ensure adequate funding is provided to the Commercialising Ideas stream of the Entrepreneurs’ Infrastructure Program.

Only companies that have been operating for more than three years are able to access the program’s Business Management stream.

Earlier this month, both StartupAUS and AVCAL made submissions with their opinions on the program in response to the government’s request for feedback.

AVCAL chief executive Yasser El-Ansary says the amount of funding available through the Commercialising Ideas stream of the program is not large enough to “support commercialisation in any meaningful manner”.

He says while the Business Management stream has funding opportunities ranging from $20,000 per participant, roughly in line with what was previously available under the Enterprise Connect program, the funding available in the Commercialising Ideas stream is much less than that previously available.

“In the Commercialising Ideas stream, the maximum amounts available are only 12.4% of the amounts previously available under the Commercialisation Australia program (up to $2 million per participant), and far less than the amounts available through the IIF program (where the government could commit up to $100 million to a licensed fund manager in matched funding),” he says in the submission.

“The practical amount needed to support commercialisation activity in any meaningful manner is far in excess of $250,000.

“For example, SEEK Ltd received $2.5 million in match IIF investment in 1999 while still in its very early stages of commercialisation.”

It’s a position echoed by StartupAUS.

“The reduction in grant funding available through the Commercialising Ideas stream (both by reducing the total funding pool and by capping grants at$250,000), coupled with the abolition of the IIF program, is a backward step, and one that we believe will lead to a further reduction in the availability of capital in Australia,” it says in its submission.

“We expect that this will result in an acceleration of the existing trend toward Australian startups leaving Australia in search of more favourable funding environments.”

StartupAUS also recommended that the Commercialising Ideas stream be limited to startups, as opposed to small businesses, a distinction that is not made clear by the Entrepreneurs’ Infrastructure Program discussion paper.

El-Ansary noted the need for the government to take a “more consultative approach” to policy making.

“AVCAL notes with concern recent policy decisions and initiatives such as the establishment of the EIP, and the abolishment of the IIF, appear to have had little industry consultation prior to their announcement,” he says.

“This has exacerbated uncertainty in doing business in Australia among small businesses, particularly for biotech and technology-based startups.

“These types of companies need to be nimble given their typically short runways, capital-intensive nature, lack of early revenue streams and higher risk profiles than traditional businesses.

The full versions of each submission can be found on the AVCAL and StartupAUS websites.