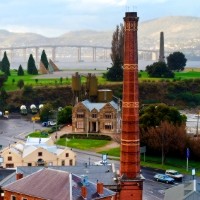 The Tasmanian Small Business Council has strongly endorsed the state government’s 2014-15 budget, which it says will give all Tasmanian business more confidence.

“We said it wouldn’t be a slash and burn budget and it isn’t,” Gutwein told the State Parliament. “It’s a budget that gets the balance right.”

The budget forecasts a deficit of $285 million for 2014-15, $40 million less than what was expected, with the state on track to achieve a surplus in six years.

Adam Brooks, parliamentary secretary for small business and trade, announced on Wednesday the government will provide up to $1000 per new position created by small businesses across the state until June 30, 2015.

The Small Business Jobs Bonus, which will be capped at $2 million, will give employers $1000 in two instalments for new full-time positions. The government expects the scheme will support the creation of up to 2000 new jobs.

As part of the government’s overall jobs creation package, private sector employers who create new jobs in Tasmania before June 30, 2015, may also be eligible for a rebate on their payroll tax.

The rebate scheme, which is the fourth of its kind, is expected to cost the government $4 million over the budget and forward estimates and create around 600 news jobs.

Brooks said the government has allocated more than $1 million to give the Tasmanian retail sector a boost, including $800,000 over four years to help businesses develop an online presence through the Digital Ready for Retail program.

A further $240,000 over two years will be used to develop a Tasmanian Retailer Development Program to provide skills and training to retailers through local government and chambers of commerce.

Among the other budget measures targeted at small business is $200,000 for a program to assist businesses secure government tenders, $100,000 for a New Market Expansion Program to support innovation, and $100,000 for the Think Local First Campaign which will encourage Tasmanians to spend their money with local businesses.

Robert Mallett, executive officer of the Tasmanian Small Business Council, told SmartCompany “small business tends to be at the bottom of the food chain” but with this budget, the recently elected government has “definitely increased the focus on small business”.

“I think it is the result of a lot of talking by us to the government and their willingness to listen,” says Mallett.

“The government wanted to listen. They definitely see the promotion of business as a key plank of getting Tasmania back up and running.”

“If retail is healthy, everyone else sees it as being healthy,” says Mallett.

“It’s the most visible of all industries in the state, whether shops are empty or full … It’s a great litmus test for how we are feeling.”

Mallett says 50-60% of Australian businesses don’t currently have a true online presence and the digital space presents an important opportunity for Tasmanian companies.

“If we lift our game, the Bass Strait won’t be as much of a problem as it is now,” he says.

Mallett believes the budget will boost overall confidence in the Tasmanian economy, and measures to help other industries and concessions for less advantaged people in the community will ultimately mean more people who spend money with small businesses.

“No one should be disappointed,” he says.

But Mallett says the business community now has a responsibility to help the government implement the policies.

“There are obligations on both sides,” he says.

“The government has seen fit to go with us and our ideas, now it’s our responsibility to help make the policies work.”