Timeline: Americans, the economy and elections 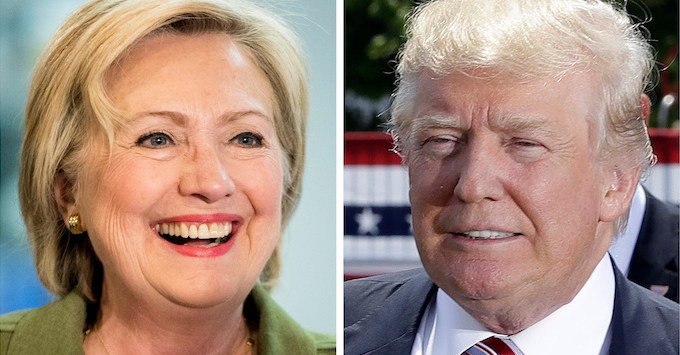 Looking back on the US presidential campaign, it has sounded at times as if Hillary Clinton and Donald Trump supporters inhabit two different economies.

Clinton supporters see the economy as a success:

From the depths of the Global Financial Crisis in 2008, the Obama administration averted another Great Depression. The government worked with the Federal Reserve to bring the unemployment back from 10% in 2009 to near-full employment at 4.9%. This has now started to reverse decades of falling wages.

Looking back at 30 years of Democratic and Republican party support for globalisation, trade liberalisation, and de-industrialisation, the Obama recovery is one that has benefited cosmopolitan, financial interests. It has also reinforced a “hollowing out” of the American workforce – high and low-skilled occupations continue to grow, but middle-skilled occupations shrink.

Trump voters would therefore argue that the labor force participation rate stands lower today than it did in the 1980s and has continued to fall, from 65.7% when Obama in 2009 took charge to 62.8% in October 2016.

Given these differences, each side in turn offers different prescriptions. To the extent that the two parties diverge – with the Clinton Democrats supporting a global cosmopolitan and Trump Republicans favouring a nativist retreat, the end of the campaign will see the American people continue to disagree over not only economic policies but the nature of economic challenges themselves.

Such contrasting visions are not new. Definitions of “the economic problem” in America have varied over time, since the 1930s. While the economy has not always been front and centre in every campaign, one can trace shifting patterns of debate.

If you can’t view the timeline below, refresh your page

Looking back, one can see how the terms of debate have varied – as the solutions to past crises have set the groundwork for renewed instability.