Turnbull’s new cabinet promising for women, but it’s only a start 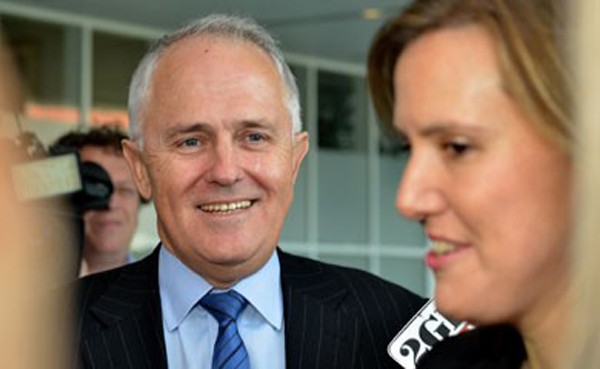 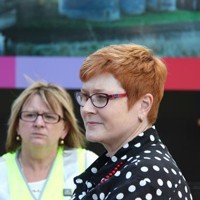 Prime Minister Turnbull has announced his new ministry, and while there was a bit more of a clearing out than many people expected, the one aspect being trumpeted across all the media is that the new Turnbull Ministry is a win for women.

There are now five women in cabinet, we now have a Minister for Women, two of the most senior ministry positions – Defence and Foreign Affairs – are held by women and the assistant treasurer is a woman.

It’s certainly a huge step in the right direction. Female representation in the Cabinet has gone from eleven per cent (two women) to 24 per cent (five women).

I don’t want to be churlish about this, it is definitely something to celebrate that women have better representation and that they are being given not just senior roles, but also traditional male bastions – war and money – are breaking down, but this is just a step towards equal representation. Three quarters of the cabinet members are men, eighty per cent of the outer ministry are men. It’s not time to lay down our banners and accept our place on the edges of male power.

I said last week that Turnbull needs time to make changes to policy and politics, that Australia desperately needs those changes and that the crash or crash through approach of the last few years has been damaging to the entire nation. This applies to the changes in female representation as well, but it doesn’t mean we just gratefully accept the a slight improvement and stop pushing for more. This may be the beginning of change, but it’s not the end of it.

No one could, or should, be promoted from back bench obscurity to the senior ministry. Women in the Liberal party need to be given opportunities to develop the skills and experience required to fulfil those roles. Which is why it’s worth noting that the gender balance in the places given to train the minsters of tomorrow – the outer ministry – hasn’t substantially changed. The outer ministry of twenty-three people under Abbott had six women, Turnbull made a fairly clean sweep of the outer ministry, but only four of nineteen positions are women. If he stays in government for even one more term, it’s unlikely women will achieve more than the twenty-four per cent of cabinet they’ve just been given.

So, just because it’s better than it was under Abbott (and really, could it have got any worse) doesn’t mean this one small step is a great leap for equal representation.

The women in Turnbull’s Cabinet are all experienced politicians who’ve been serving in some official capacity for several years.

Marise Payne was the Minister for Human Services under Abbott. Despite the fact that her department was the largest of all the federal government departments, she was not part of Abbott’s cabinet, she was in the outer ministry. She is now the Minister for Defence, replacing a clearly unhappy Kevin Andrews, who has been banished to the back bench.

Julie Bishop is, of course, staying on as Deputy Prime Minister and Minister for Foreign Affairs.

Michaelia Cash is now the Minister for Women, so the portfolio has been returned to a full ministry position. I don’t think her previous record as Minister Assisting the Prime Minister for women is really a fair indication of her potential. She needs time to show what she can do with the backing of a Prime Minister who is hopefully more open to addressing the needs of women in Australia. It will be interesting to see if Cash and Turnbull respond to Labor’s call for a crisis summit on family violence and put some serious funding and government effort into a national response. If we start seeing changes to the way the government approaches issues like male violence against women and the gender pay gap, I’ll be leading the pom pom brigade, but they need to prove themselves with real action, not just a title bump.

Kelly O’Dwyer is now the Assistant Treasurer and Minister for Small Business, both positions traditionally held by men. O’Dwyer has held the seat of Higgins since Peter Costello’s resignation in 2009, she was the Parliamentary Secretary to the Treasurer under Abbott, so this is a promotion in an area in which she already has some experience. O’Dwyer’s career in parliament started with accusations of sexism in the Liberal party, where apparently some of the men lobbying for alternative candidates said ”not a seat for a woman because it’s a leadership seat”. Turns out they were right.

Sussan Ley is staying on as Health and Sports Minister, and maintains her position in Cabinet, which she was given by Abbott in 2014, making her the second woman in his cabinet. In addition to her Ministry experience under Abbott she also years of experience as parliamentary secretary in Howard’s government and positions in the shadow ministry in the then Abbott opposition.

All the women Turnbull has promoted to Cabinet are strong, knowledgeable women with proven track records as capable parliamentarians. This is a great start for women and for Australia, but it’s the start, not the end, of the change we need to see in female representation in our government.